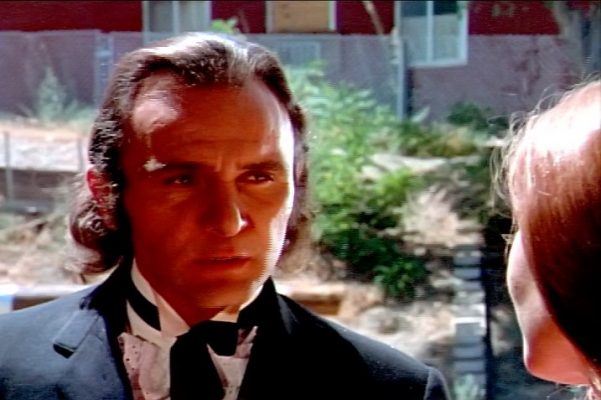 Dream No Evil opens proceedings with a quietly disturbing story of a woman obsessed with finding the father who abandoned her. Her quest draws her seamlessly into a bizarre and increasingly murderous fantasy world, incorporating some distinctly American religious fanaticism along the way.  A relatable sense of melancholy behind the killer’s motivations lends John Hayes’s atmospheric horror some originality and, in its best moments, it effectively blurs the line between dreams and reality.

Dark August continues in this vein of character-driven horror, as a man responsible for accidentally killing a young girl is plagued by a curse put upon him by her occultist grandfather. A convincing central performance from J.J. Barry lends depth to an otherwise unimaginative supernatural tale, set in the eerie landscapes of rural Vermont and scored with some pleasingly squelchy synth sounds. An enjoyable extra on this disc offers a spirited overview of filmmaking in Vermont, from author and artist Stephen R. Bissette.

If Dream No Evil and Dark August offer intriguingly weird character studies, The Child does the opposite – dialling down nuance to the bare minimum and parading a familiar roster of horror influences. This low-budget gothic shocker works through a litany of clichés that includes a creepy telekinetic kid, a spooky house, weirdo locals, something in the woods and bloodthirsty zombies along the way. Relentless crash zooms and low-angle point-of-view shots are a little tedious, the editing is often senseless and the score is an incessant mess. But there is something to be admired in the conviction of its magpie approach and lowest-common denominator indie horror filmmaking.

The extras across the discs include an appreciation for each film from American Horror Project co-curator Stephen Thrower. Appraising the films in terms of their tone, style and subject matters, he expertly locates their place within the outer fringes of the 70s exploitation horror canon. These introductions enhance an appreciation for this odd collection, inviting us to think about them in terms of exploitation history, the quirks of regional theatrical distribution, and the motivations of the filmmakers who were crazy enough to make them. The films may be wonky, offbeat and inconsistent, but that is often part of their charm.