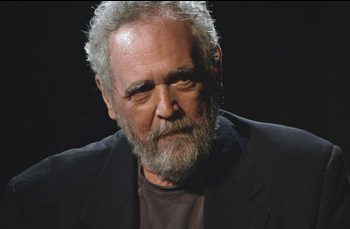 Welcome debut from veteran political comic but takes time to warm up.

Barry Crimmins needs a beer in his hand more than he does a mic. When he ditches the amplification and steps forward, swigging and ranting, he commands the Stand like the very best. With mic in hand, it’s an oddly underpowered and hesitant performance from the American veteran and Fringe newcomer.

There’s no doubt The Stand are chuffed to have him. The big man Tommy Sheppard tweeted personally about it, billing him as “the guy Bill Hicks learned from”, and fellow political comedy elders like Rory Bremner have turned out to watch. But he seems uncertain how to play the room, and hasn’t figured out yet exactly how to adapt the material. References to baseball, (American) football teams and characteristics of US states are out of his mouth and over our heads before he realises they diminish the impact of what he’s saying. There are some good, accessible segments about his native upstate New York and his time among the Boston Irish, which bring the peculiarities of these places home in amusing fashion, but the more esoteric American references lose the room.

The best moments are non-comedy. There’s an extended plea to us to protect our NHS, based on the American experience of a close friend of his. It meets with room-wide applause. It’s going back some, but he also hits home with an autobiographical tale about visiting a Nicaraguan hospital to see amputee child soldiers during the Reagan era.

Reagan’s not the only spectre from US political history to be raised of course. Nixon, Kissinger and Jefferson Davis all make an appearance. Trump, naturally, gets a pasting. Some of the best lines are delivered staring exasperatedly into the middle distance, or facepalming about the state of his nation, with recent events in Charlottesville upping the ante again. You want to see another beer inside him so he can really uncoil and let rip. He’s too tentative at the outset, and only unleashes what he’s capable of episodically.

Crimmins’ booking once again highlights The Stand’s commitment to put the best comedy before Edinburgh audiences, wherever it’s from, and he finishes with a tribute to a venue with a reputation for treating its staff and comics right. For his part, Crimmins has given the audience something to think about, but he might need a few more days to bed in and play an Edinburgh audience like it can be played.