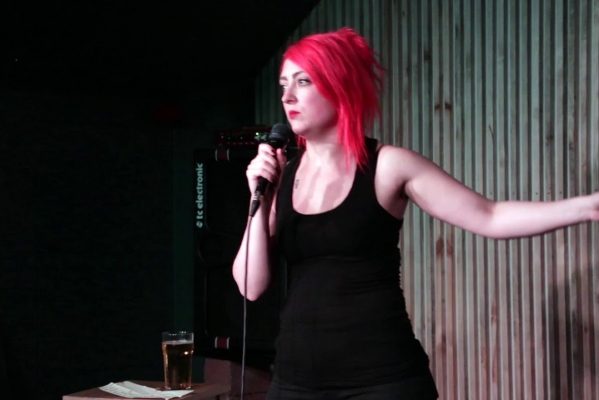 After a two-hander at last year’s fringe with Snjólaug Lúðvíksdóttir, Icelandic comedian Bylgja Babýlons decided to stick around and make Edinburgh home beyond the festival. Since then she’s established herself as one of the most talented performers on the Scottish comedy scene, with How Not To Die chronicling her year in a country inadvertently set on killing her.

Everything usually starts off great when moving to a new city, the honeymoon period is full of excitement and adventure. But when you punch up your CV to make yourself look slightly more competent, you might suddenly be put in charge of hundreds of drunk, sunburnt man-children.  Racist taxi drivers start to accuse you of ruining the country one minute and want to be pals the next. Eventually, when everyone else is dying on stage, you start to realise you’re about to expire because you ate a questionable burrito.

The life of a hypochondriac isn’t easy when you’re constantly second guessing what hot new virus you’ve got,  pestering medical professionals to take a look at your stool sample outside of office hours. No stranger to persistent freak-outs about her well-being, Babýlons has been anxious about dying on the toilet for years.  So when she got seriously sick for real, she decided to play the game in reverse this time and avoid acknowledging the paranoia.

After weeks of constant diarrhoea while continuing to perform at gigs, Babýlons found herself in hospital with the most anxiety inducing thing in the world: a doctor with zero bedside manner. Some say that can catch more infections inside a hospital than outside of it, but leave it to a doctor to erroneously convince you that your perfectly treatable condition is part of a previously unknown, incurable STI.

There’s a magnetism around her storytelling that keeps you invested, even when talking about the more stomach churning details of her medical journey. Who knew you could unlock a hidden level to splashback?  A hysterical show about battling a myriad of eccentricities, How Not To Die is a fantastic showcase for Babýlons hilariously frustrated, semi-deadpan approach to stand-up comedy.