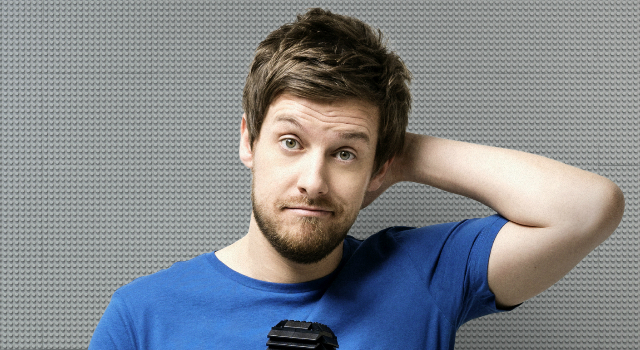 Chris Ramsey
All Growed Up

[rating:4/5] A comedy ninja on stage, the bright young star tells jokes that are a little bit dirty while at the same time managing to be endearing and hysterical.

At what point are you really an adult? Chris Ramsey bases his aptly named show All Growed Up on this theme telling stories from his childhood and some of his less than adult moments as of late. Ramsey is like a comedy ninja on stage moving around and giving every bit of the large auditorium his attention making him a joy to watch being very physical with his jokes especially the one about pregancy sex that had everyone in tears. His opening joke about lego and adult toys breaks the ice before he moves on to tales of hide and seek with his mum, a reluctant childhood friend and what he’s dealing with now as an adult.

The bright young star tells jokes that are a little bit dirty while at the same time managing to be endearing and hysterical. He communicates well, confidently working the crowd with his gestures and movements emitting an excitement to be there that few comedians can match making the audience feel like children again themselves remembering all of the trouble they got into.

Ramsey is a regular on Celebrity Juice and the live DVD of his show will be out on 10 November. He has been nominated for a Foster’s Comedy Award previously and his 2012 show Feeling lucky was the seventh most reviewed of the Fringe. The voices and impressions Ramsey does are excellent as he plays many different characters from his life over the course of an hour which goes by incredibly quickly leaving the audience wanting more. A fun and entertaining night out, Ramsey shows that being an adult is overrated.