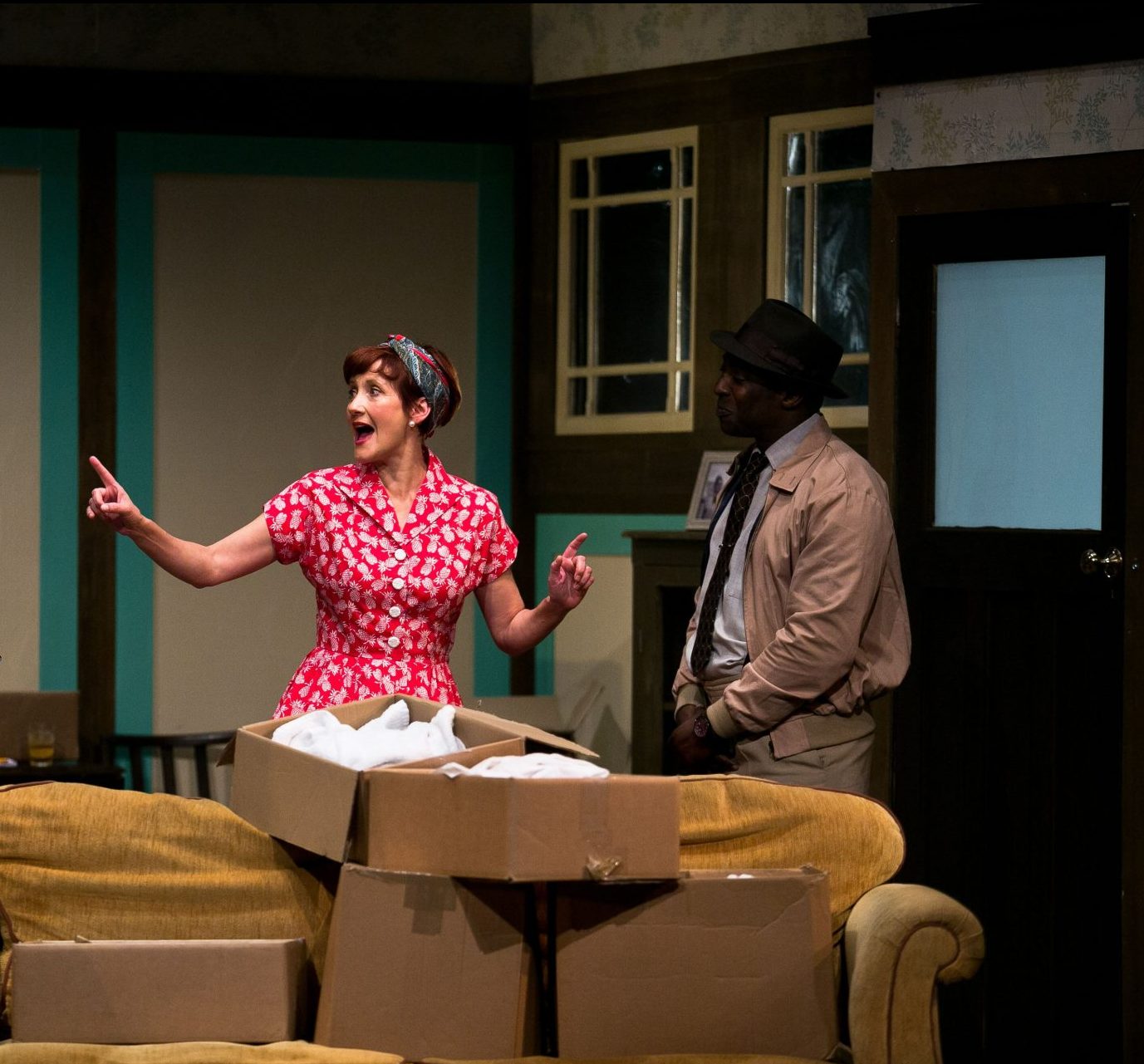 A rapturous dance around the Monopoly board

Rapture’s proven commitment to challenging work is a perfect fit for this witty, satirical exposure of hypocrisy. The first act is set in 1959: Bev (Jackie Morrison) and Russ (Robin Kingsland), mourning their son Kenneth’s suicide, are moving from their Chicago home. A young black couple will be moving in – a fact that horrifies Karl (Jack Lord) of the Community Association. Karl expresses the white community’s fear of being compelled to ‘deal’ with ‘people who live differently’. ‘Do you ski?’ is a clincher question he asks the African-American maid, Francine, and her husband Albert (Vinta Morgan). ‘Show me how to find the skiing Negroes!’ is Karl’s exasperated cry. Albert and Francine sit, bemused, upstage, while the white characters tear themselves apart. Karl and his like simply cannot cope – their tectonic plates have shifted.

Such clever direction, matched by impeccable costuming, set and decor, work splendidly in this evocative act. The cast interplay superbly, as matters escalate. Timing is sharp. The hapless Minister Jim (Benjamin Stratton) offers only affability, in what Karl sees as apocalyptic circumstances. Stratton’s timing and facial expressions enrich these scenes hugely. As Russ, Kingsland conveys the verge of a nervous breakdown skilfully, while Morrison captures well Bev’s anguish and frustration. Her wish is for whites and blacks to ‘all sit at one big table’.

The second act is set in 2009, and sees the cast doubling up. Liberal values now verge on self-parody. Lena speaks for what is now a predominantly African-American community. She aims – ironically – to prevent a white couple, Lindsey (an assured Frances McNamee) and the bombastic Steve (Lord), building a new property on the same site; this gesture would ‘disrespect’ local culture. The characters are now almost excessively able to speak on issues of race and culture – will we see a positive resolution in the Obama era?

There is no climactic reconciliation. We do not see little white boys and girls holding hands with little black boys and girls. He shows us, to our surprise, that the journey from Eisenhower to Obama is not as far as we may think. Though Clybourne Park’s twin pictures of witty squabbling and irreconcilable differences will leave us sceptical about racial harmony, there is no doubt that Rapture have entertained and engaged their audience throughout.