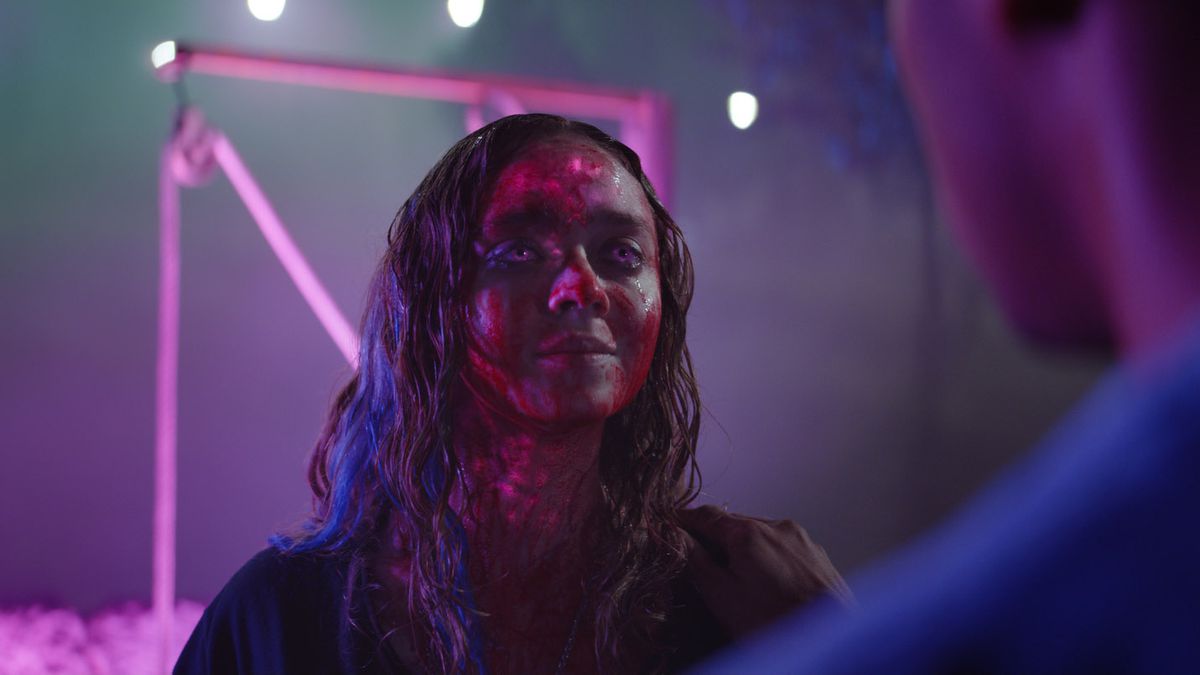 Colour Out Of Space

A welcome return from the cinematic hinterland for director Richard Stanley

Richard Stanley’s decision to build his first feature in over twenty-five years around a full-fat Nic Cage performance could have led to Wicker Man histrionics and the derailing of Stanley’s passion project. Happily, Cage is the perfect choice for the alpaca-owning father of a kooky family, in a remote Nova Scotia location slowly being corrupted and possessed by an alien presence.

The first act sets up a daughter dabbling in Alexandrian Wicca played by former child actress Madeleine Arthur, a mother, Joely Richardson, recovering from cancer, and an unremarkable stoner son. Stanley presents a suitably gory Lovecraftian nightmare replete with some horribly grim moments of familial strife, which serves as an apparent metaphor for a mother-son relationship and the physical effects of terminal illness. Stanley marries Brundlefly and The Thing using judicious close-ups to suggest the horror, as opposed to using an expensive effect house to etch it into audience’s minds.

The decision to avoid dwelling on the effects of ‘a gas with fingers’ and manifest the alien presence as an actual colour is a clever one, but an indicator of budgetary limitations, as well. Displaying a kaleidoscope of bizarre and other-worldly hues after experiments with air, water and temperature show the benefits of the absence of an effects house fingerprint upon his vision.

There is a surprising amount of humour to be found in this depiction of a family tearing itself inside out, and Cage’s volte-face from easy-going dad to something resembling his character in Mandy is a lot of fun. Stanley manages to balance the humorous madness with the horrific moments, and despite his bleak discourse on the futility of humanity, the second act features some big laughs as the family starts to unravel.

A film which is faithful to the bleak worldview of Lovecraft and capitalises on Cage’s unique talents requires two distinct sets of skills – and self-discipline is not this director’s forte. Drafting in the author Scarlett Amaris as a second writer may have contributed to the success of the screenplay, and the casting of Cage as the potentially possessed patriarch, whilst slightly obvious, was a masterstroke as he shifts from weakness and confusion to rage and certainty effortlessly.

After his first encounter with a major studio (and Marlon Brando), it would be understandable if Stanley avoided all things Hollywood. Instead, his return plays to all his strengths, and after a slightly tonally awkward opening, set in Nova Scotia but filmed in Portugal, it settles down into family drama. This is Stanley’s most commercial and accessible film to date, and whilst his enforced sabbatical has matured and tempered his desire to deliver the perfection of his vision, his return is welcomed nonetheless.