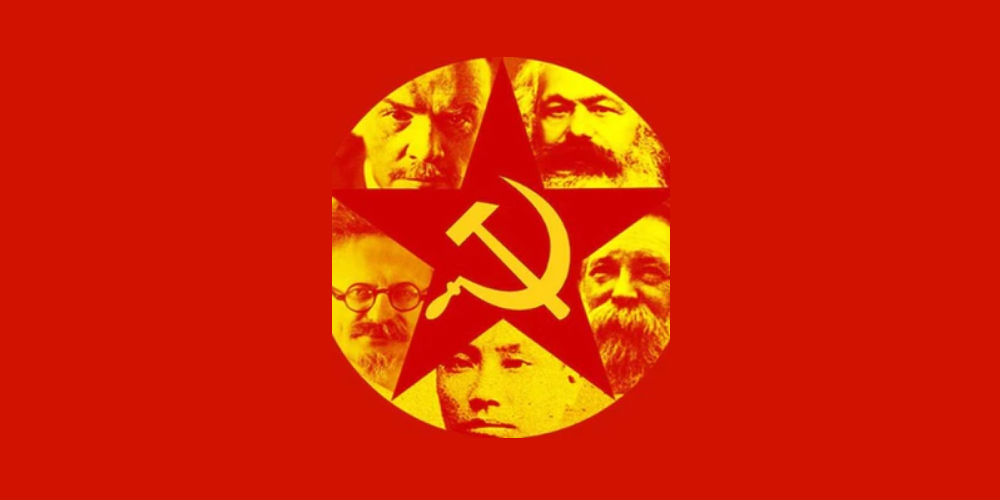 This pun-heavy, communist musical comedy is set up to be a lot of fun. Des Kapital, our singing host, is the post-conference entertainment at an international peace summit between the UK and Russia, and we are the delegates. With re-workings of ditties as old as the Cold War itself – Puppet On A String, Delilah, Please Please Me – we’re invited to join in choruses about long-dead leaders and dictators that might strain even middle-aged memories. Andropov anyone?

It’s true that the tech set up is not completely bang on, and perhaps that can be down to first show nerves. Mistimed (or mis-designed) PowerPoints prevent heartier participation from the gathered masses. We sometimes either can’t read the lyrics or the wrong lyrics are showing; there is even one case where there’s an extra line that leaves us all out of sync. In theory though, there’s lots of commie-related fun to be had.

Unfortunately, there are other ropey moments that bring down I’m Loving Engels Instead. Des, looking for all the world like a Soviet Super Mario in hammer-and-sickle adorned dungarees (a strong look, incidentally), is not what you’d call a natural singer. The not entirely dissimilar Frank Sanazi and his pal Dean Stalin, who can be found elsewhere at the Fringe, are half decent crooners. Comrade Kapital, meanwhile, is more your karaoke bloke.

The main issue, however, is that the songs are nothing revolutionary. Des is often found squeezing in badly-scanning lines or too obvious a rhyme. Wonderwall becomes Berlin Wall; another Soviet leader is honoured with Rick Astley’s Brezhnever Gonna Give You Up – a number where the humour doesn’t extend far beyond the title. He’s better with the between-song banter, and is unfazed by early departures.

Before he was a post-conference entertainer, Mr Kapital says he was a history teacher. This leads to him reading a former pupil’s essay – admittedly an amusingly weird one – about industrialist Richard Arkwright, a diversion which doesn’t entirely fit. That said, this means the show is surprisingly educational; it’s unlikely the merits of COMECON have been dissected on the Fringe since the 80s. There is also fun to be had with the word soup of real Communist jargon. It also has to be said that Des makes a surprising success of turning Estelle’s American Boy into Romanian Boy, a homage to Nicolae Ceaușescu.

Yet despite instinctively rooting for this enthusiastic guy, I’m Loving Engels Instead is one of those shows where the idea is stronger than the outcome.