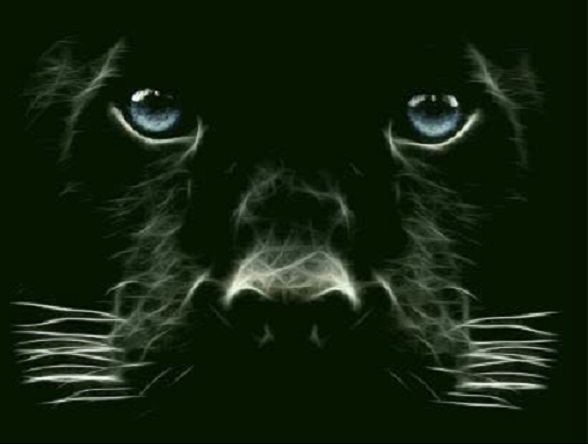 For the many that are familiar with the monstrous creations found within H.G. Wells’ The Island of Doctor Moreau then Dr Moreau Explains, Michael Daviot’s part-adaptation of the 1896 novel, will not disappoint. Dr Moreau, an expert vivisectionist, finds himself answering the questions of biologist Edie Prendick. In a twist from the source, the action does not take place during the book, instead we see beyond the covers. Building upon the notion of Prendick’s account of the brutality she (in a gender-swapped role) bore witness too, and seeking answers from Dr Moreau via video link. As Moreau is trapped by the very Beast Folk he creates, he offers a final explanation of his deeds and a ‘lesson’ to Prendick.

Fresh off the coattails of a rather spiffing run as Sherlock Holmes, Twisted Thistle are continuing a trend involved in much of Daviot’s career. He refuses to allow the pages of a story to go untouched, seeking a way to reignite, revitalise and re-imagine its contents. His previous works contain an intense adoration for Gothic horror, narrative, and elements of sci-fi or fantasy and this all works in tremendous favour for Dr Moreau Explains, especially Daviot’s uncanny ability to take a preexisting tale and somehow spin it into an entirely distinct form.

Well’s original novel is far from a perfectly pleasant experience, though what else would you expect? A sublime piece of early science-fiction, it is one of the first instances of ‘uplifting’ – drawing animal companions onto the same evolutionary lineage as humans. It deals with human identity, pain, scientific suffering and moral responsibilities. Dr Moreau Explains, knowing full well to respect the source material, remains unchanged. That said, Daviot’s clever scripting includes the odd choice phrase or propaganda satire which hints at the passing time since the novel’s first publication.

Aesthetically Dr Moreau Explains is able to pull the story into a contemporary setting however its hints at a steampunk aesthetic are only present in the cogs and windings of the buffering ‘live broadcast’. Roddy Simpson’s design for the video operation is remarkable in terms of quality for the scale and time to accomplish.

Daviot’s performance, under Emily Ingram’s direction, is the highlight of the production. The sheer ferocity in delivery showcases an entire spectrum of emotion that thunders out into the audience. That is not to say we do not have the stillness of emotional weight. One smarter aspect of the ‘live video’ aesthetic is that it ingeniously sets up some of the quieter moments. Frozen frames and buffering video means the audience shift their entire focus to Daviot – and it is here where he capitalises on the break in momentum, holding us on his every word.

Similarly to Moreau’s infamous ‘Puma-Woman’, this production has elements requiring completion. The components are there, some deftly incorporated, others require a tight pull on the stitching. The concept is sound, but it needs more fleshy sinew. Daviot and Ingram are compelling in their performance, but there is less of an association between Ingram and Daviot’s characters as we would hope for. With the use of video footage, Ingram is unable to stand against the torrent of Dr Moreau’s confessions. While she has tremendous expression, delivery, and her epilogue closing out the piece is fitting for the original novel; there’s also a restriction in what emotions can be on the show. She cannot interrupt Moreau, nor can she directly engage. While it makes for a commanding stage presence for Daviot, it regrettably means Ingram plays second-fiddle.

In its closing moments, the realisation of what Dr Moreau Explains has the potential to evolve into is inspiring. The regenerative powers Twisted Thistle are capable of, inherently down to the talents of Daviot, to showcase the wealth of literature for new audiences.