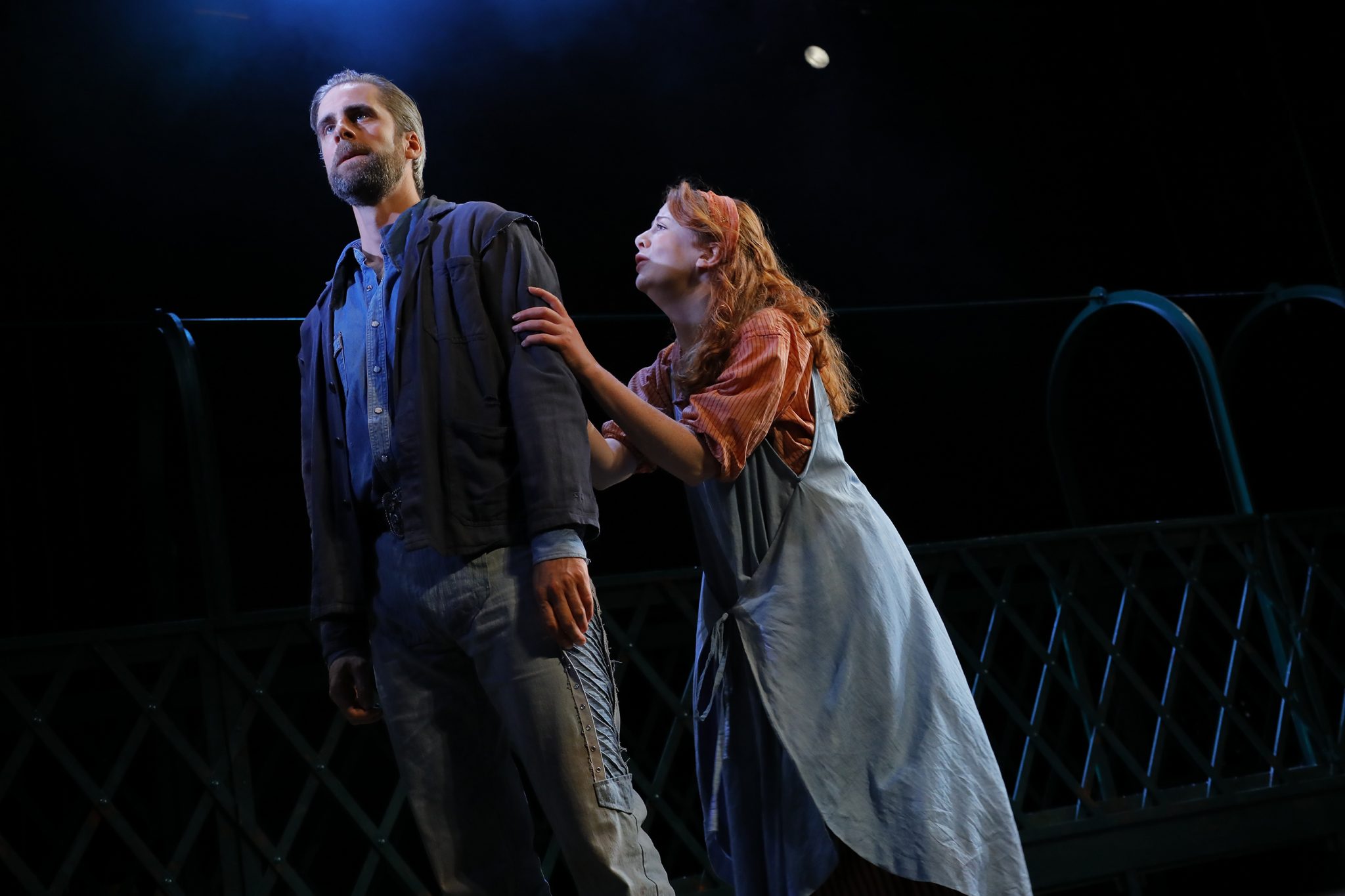 Look Out Pitlochry you are in for an interesting ride

Arthur Miller wrote The Crucible in 1953 treating the Salem witch trials of 1692 as a parable of the McCarthyism rife in America at the time. As such, the play probes into the problem of individual conscience and guilt by association.

This production is the third in the summer season at Pitlochry and is directed by new Artistic Director Elizabeth Newman drawing on her previous collaborations on Miller’s work with David Thacker. Again, the audience is presented with a stunning set by Adrian Rees. A reincarnation of the community bridge linking the town and the theatre, it is a dominating work of engineering that spans the open stage revealing the brick back wall of the stage. It poses a fun challenge for the technical team, but along with tight lighting cues, fire and rock music they must be having a good time.

This is an ensemble piece that is dominated by the central role of John Proctor played by Harry Long. He gives a strong and charismatic performance descending from moral heights to a broken man who eventually redeems himself and pays the ultimate price. None of the parts in this work are easy and he tackles this role with passion and credibility. Similarly, Claire Dargo delivers a beautifully controlled and dignified performance as Elizabeth Proctor, while Ali Watt gives us a manic Reverend Paris full of misguided energy. Ensemble returnee, Fiona Wood gives clarity to the role of Abigail Williams who, rejected by John Proctor, stirs up the other girls nicely. Barbara Hockaday also shines in the double roles of Mary Warren and Rebecca Nurse delivering a well nuanced performance in both roles.

Ultimately it is Miller’s soaring work that dominates. It reflects perfectly the current era and as the noose for Proctor descends in the final moments the dreadful implications of Fake News are all too clear. It is a huge ask for the ensemble who take on the challenge of the old repertory system performing a different play every week. In this case a different play every day. They are looking good so far, although here and there the accents tend to slip. Elisabeth Newman has taken the reins with passion and a new agenda. ‘More Weight’ is her mantra so look out Pitlochry audiences you are in for an interesting ride.