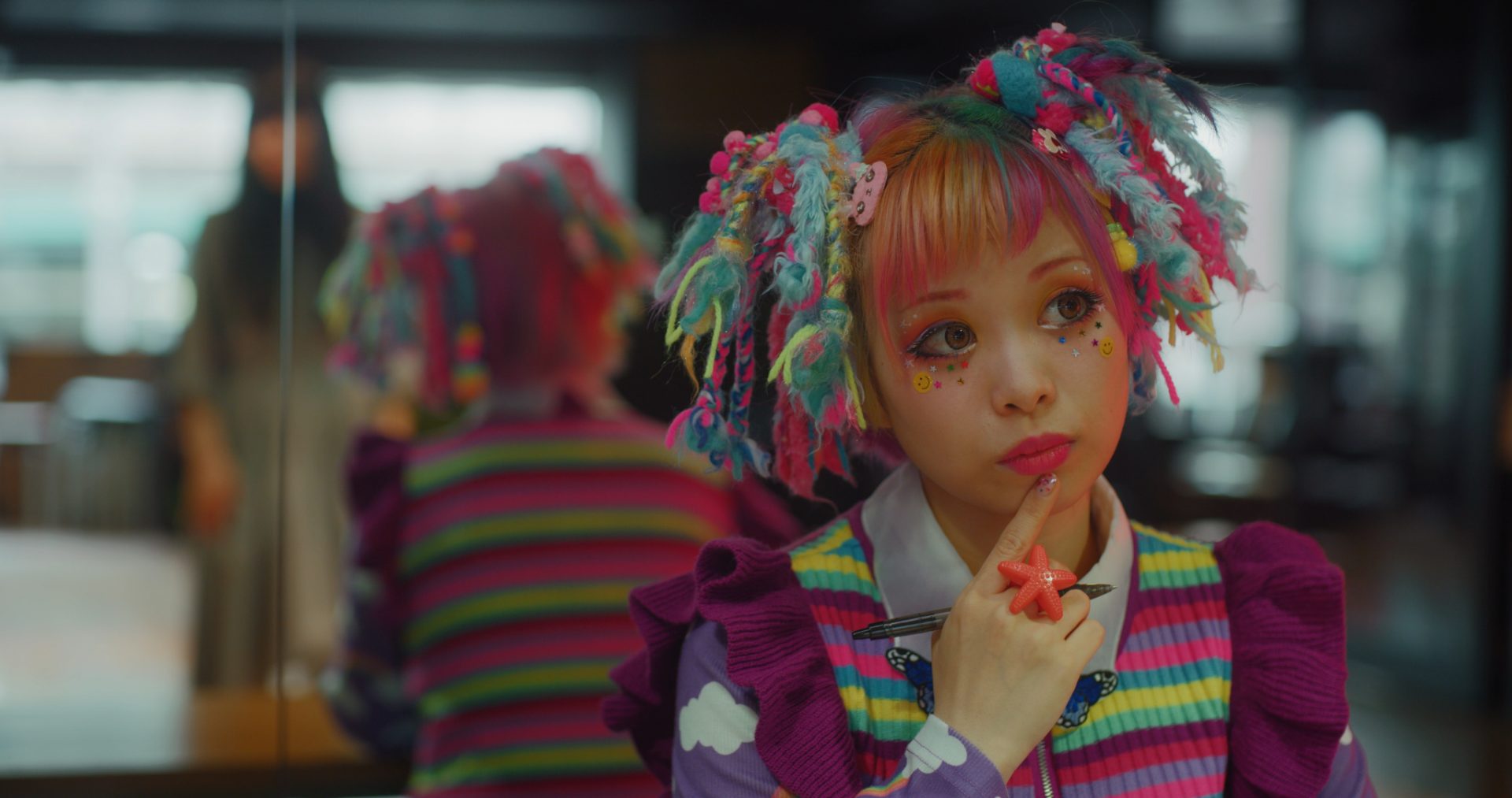 With Dreams on Fire, director Phillipe McKie delivers a whistle-stop tour of the dance and subculture communities in Tokyo’s Shinjuku district – an area famed for its bars, night-life and red-light district. Following aspiring dancer Yume as she runs away from home to pursue her dreams in Tokyo, the film is simultaneously a slow and often reflective piece on the attainability of one’s dreams and the importance of refusing to be disheartened by the stumbles along the way.

Played by famed dancer Bambi Naka, Yume is the lens through which the audience are introduced to the intricacies of life in Shinjuku. She throws herself head-first into honing her craft by studying the art of dance and attending underground dance battles, while balancing nightwork in one of the area’s numerous hostess bars. In the process, she meets go-go dancers, teen idols, and aspiring fashion designers, alongside encounters with the heavy metal, fetish, and drag scenes within the city.

In this sense, much of Dreams on Fire feels like a virtual tour of Japanese sub-culture for the uninitiated. In doing so, however, it challenges the preconceptions of Japanese society’s rigidity by highlighting the counter-culture that beats just beneath the surface, and reinforces the struggle Yume is faced with in order to achieve her dreams.

It’s a strong portrayal of communitas, and McKie is also unafraid to address the darker side of this world too. In her journey, Yume battles with loneliness, misogyny, and the exploitation and abuse suffered by those who work in the entertainment industry on a regular basis. For better or worse, the film never dwells on these elements for too long, however – Yume’s journey is the main focus after all – but it may have been beneficial if a little more time was spent investigating those themes.

At its heart, though, is the dancing, all of which is fundamentally mesmerising and arguably the star of the show. McKie clearly has an eye for capturing the medium of dance on film, and utilises it to great effect, crafting hypnotic sequences that ensnare the audience’s attention with their vibrancy and refuse to let go. These scenes are marvelous to behold and are greatly aided by the fact that many of the people Yume meets and dances alongside are portraying themselves, with appearances from hip-hop dancers like Yumer1, fashion-model Haruka Kurebayashi, and dance-companies like Batik and the CYBERJAPAN DANCERS.

Of course, this does mean that the plot itself is mostly secondary, and it does feel a little stilted and thin at times. Much of Dreams on Fire’s runtime is consumed by Yume wandering from one sub-culture to another while looking for work, encountering the weird and wonderful en route. That said, in the small moments between dance displays where the plot does appear, it does so with aplomb, and Naka is allowed to shine. Her struggles with self-confidence, her guilt at abandoning her family, and her naivete over the importance of social media make her a compelling and well-rounded figure that holds the entire piece together through the sheer strength of her drive.

Between McKie’s masterful eye for capturing dance and Naka’s enrapturing vogue dance style and genuineness as Yume, Dreams on Fire is a surprisingly solid dance movie that’s a radical departure from what the genre usually brings to the table.