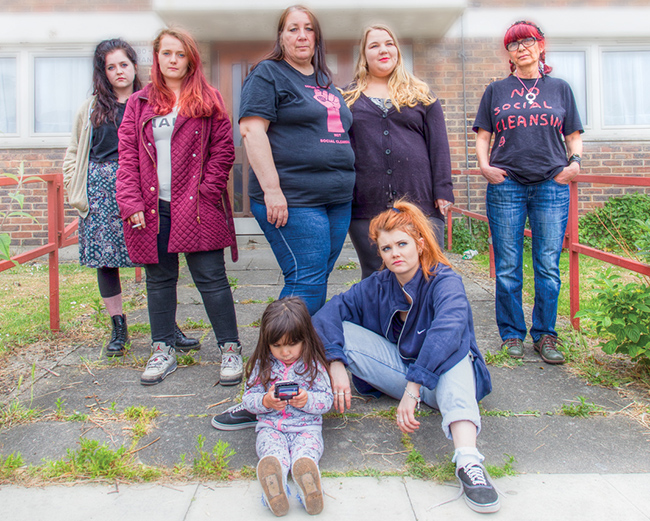 [Rating:4/5] This bold piece of theatre examines the Focus E15 movement, Britain's housing crisis and the women who refused to be marginalised.

Facing rocketing rent and forced relocation, 29 mothers united to confront Newham Council’s gentrification of their hometown. Two years on, this brave piece of theatre examines the Focus E15 movement, Britain’s housing crisis with its bedroom taxes, and how one group of women refused to be marginalised.

Based on real-life testimonies of activists, witnesses and councillors, the young cast of six—four girls and two guys—deliver a compelling performance piece, although for the majority of the play, only five actors are present on stage.

The setting is claustrophobic, with activist banners adorning the walls and washing lines hung with images of the real Focus E15 members. The unintentional heat of the studio venue, enhances the oppressive nature of the script, and the clever use of beat-boxing adds to its street feel.

An unforeseen interruption to the flow of the play comes from an audience member, who joins in with the activists at one point, challenging us to consider what a homeless person looks like and how they should not to be judged. This audience plant was convincing initially, with the cast acting as alarmed as the audience.

Like the E15 mothers, this play serves to educate, agitate and organise support for a cause, and goes a long way to give us a good insight into social inequalities.

A force to be reckoned with, this young theatre company are providing a voice for stories of national significance, throwing passion and exuberance into a play of our time, and addressing themes of community, strength and solidarity in the face of overwhelming adversity.