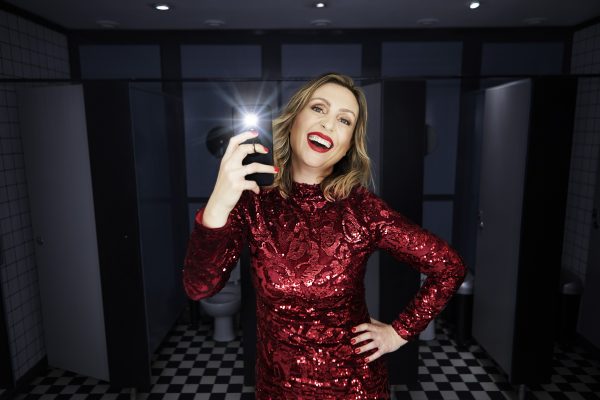 Eleanor Conway
You May Recognise Me From Tinder

Even before the show begins, Eleanor Conway takes total charge of the situation. She begins a full-capacity show by chaperoning audience members to their seats, scanning the horizons of Maggie’s Chambers for the coveted spare chair. Such a packed room already promises something memorable. Once everyone is sitting down – and she has roundly mocked everyone who had to be turned away – she begins. Free comedy can be hit and miss, but Conway is hit after hit after hit.

You May Recognise Me From Tinder features upfront and fantastically funny talk of everything from sugar daddies to the female orgasm. Some of this talk proves embarrassingly relatable for some of the audience, and the whole crowd hollers with laughter throughout the entire show. Conway starts by rousing us into a party atmosphere before later on addressing us with something profound and poignant. It does so, however, without sacrificing humour. The end result is a frank discussion of relationships and mental health that can bring tears to your eyes, but mostly tears of laughter. You might not be prepared for this talk in the beginning, but it is credit to Conway’s writing that it feels like such a natural way to close the show.

Conway is an animated figure onstage, alert to the crowd and dropping the occasional side-splitting suggestive movement into her act. She is in total command. This is her moment to speak, to be frank and to be funny. She tells hecklers to be quiet in a way that is half joking and half serious. She never loses the fun atmosphere of the show, combining compelling authority with comedic absurdity in a sensational performance.

This is the kind of show that can offer liberation to those who relate to Conway’s struggles, triumphs and her entertaining anecdotes. You will be moved by her honesty while giggling at her punchlines that consistently strike the right note. Her time in the limelight leaves the audience on a sensational high. When it comes to meaningful stand-up, Conway takes most of her contemporaries to school.