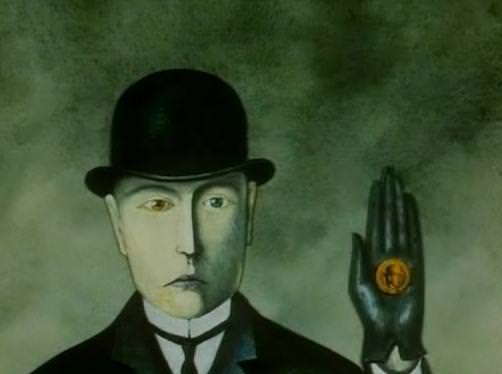 When you read the words “animated film” what’s the first thing that comes into your head? The Lion King, Toy Story, Finding Nemo – if, like me, you had a Disney-infused childhood, these might be some of names that flash through your mind. However, had we all grown up in Eastern Europe during the post World War II Soviet domination, we might have a different idea of animations.

On Saturday night at the Traverse Theatre, Ülo Pikkov (an eminent Estonian animator working on a PhD on Soviet animations) gives us an insight into the relationship between the animator and the totalitarian state as part of the Manipulate Festival.

Pikkov introduces each of the five short films screened with some information about the artist and what the film might be trying to express. Although Surogat by Dušan Vukotić is fun with bright childlike colours and shapes, most of the animations are much darker and more adult than a Western audience may expect from a cartoon. A by Polish artist Jan Lenica and Hand (Ryka) by Czechoslovakian animator Jirí Trnka give particularly disturbing portrayals of the state’s domination over the artist.

It is Pikkov’s knowledge that furnishes the films and makes this evening part lecture part screening. For example, he tells us that the hallucinogenic colourings of Vacuum Cleaner by Avo Paistik were actually inspired by The Beatles’ video for Yellow Submarine, which places the film within the wider creative context in which it was made.

He also sheds light on a recurring theme of the state’s artistic control by explaining that the distribution of the films did not depend on commercial success but state approval. In a way, this also tells us something about the forces that control film in capitalist societies: it may be that some artists are as fully dominated by the drive for big sellers as others are by state censorship. It seems that not even The Lion King is free from political systems.