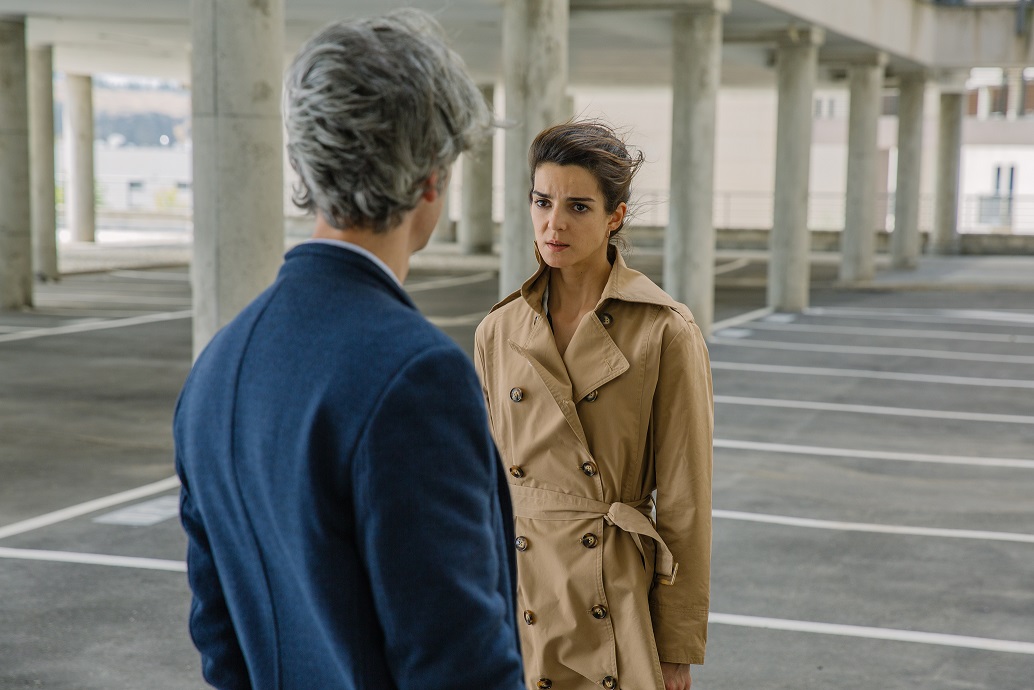 On the night before Christmas, newspaper editor Antonio (Ernesto Alterio) reveals to his assistant editor Macarena (Clara Lago) that he is planning to retire and tells her that he must interview her to decide between her and Vargas (Quique Fernandez), another assistant editor, as his replacement. As Macarena attempts to persuade him of her suitability as his successor, issues regarding their relationship, their attitudes towards the press and the behaviour of Vargas are raised. But as the meeting progresses, it is revealed that there is more at stake than simply the position of editor.

Adapted from the play Testosterone, writer–director Barassi wisely keeps the focus on the dialogue-heavy script and the actors, relying on mostly the newspaper office set for visuals. This is for the best, as the dialogue comes at a rapid-fire pace that makes paying close attention to it a must. Whilst Antonio and Macarena ostensibly discuss her suitability to replace him as editor, other topics such as gender imbalance in the workplace, the relationship between Antonio and Macarena, the behaviour of Vargas and the authenticity of news stories are also raised.

Antonio and Macarena’s relationship is appropriately complex, with the two shown as both equals in their shared memories of an early meeting during a screening of The Front Page. At the same time, this seeming equality is also challenged by Antonio’s questioning of Macarena’s sexual history and practises as well as his bringing up the possibility of leaving his wife for her.

This aspect regarding sexism recurs throughout the film, with Macarena frequently noting that she has to make more sacrifices than her male colleagues regarding balancing work and family, as well as being overlooked in favour of Vargas during staff meetings. In addition, Antonio’s initiation of a sexual relationship with Macarena, as well as revelations about his later relationship with Vargas, further highlight the sexism at play within the office politics of the newspaper.

Both Alterio and Lago effectively handle the ample amount of dialogue, as well as Antonio and Macarena’s layered characterisations. Alterio in particular skilfully pulls off Antonio’s moral ambiguity, as even his supposed illness is brought into question by his later actions.

However, the attempted tackling of issues regarding manipulation of the press feels less organic, with a third act twist involving Macarena revealing that she has information regarding Antonio engaging in corrupt activities coming seemingly out of nowhere with little foreshadowing. This narrative development feels added on so as to provide a clear protagonist and antagonist in a situation that would be far more effective had it been entirely situated in moral ambiguity.

Despite this issue, Game of Power uses its mostly two-hander structure to not only allow its lead actors to provide nuanced, multi-dimensional performances, but also to tackle a range of issues affecting contemporary media.