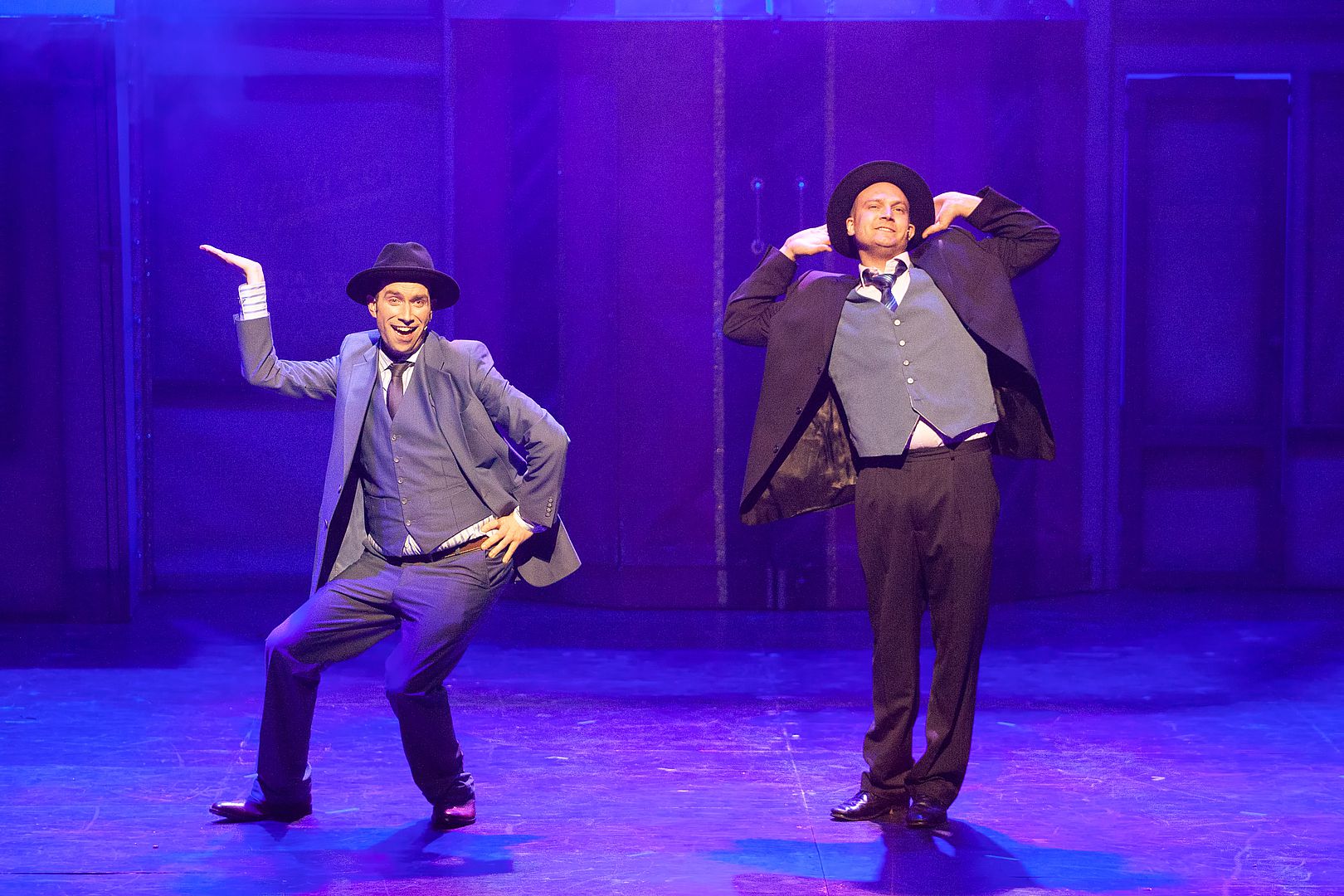 Stellar performances and unfaltering energy make EMT's production one not to be missed.

Guys & Dolls first hit the Broadway stage in 1950 and has never been out of production somewhere in the world since. Then there’s the iconic 1955 film version with Frank Sinatra, Marlon Brando, Jean Simmons and Vivian Blaine from the original Broadway production; the famed 1980s National Theatre revival from Richard Eyre; Rebel Wilson taking on the role of Miss Adelaide at the Phoenix Theatre in 2016 prior to filming Pitch Perfect III; Tony awards galore, a Pulitzer nomination…

Big shoes, then, for Edinburgh Musical Theatre to fill; but fill them they do in Louise Sables’ robust and enthusiastic production of the fabulous book and lyrics created by Damon Runyon.

Matthew Brown’s orchestra starts out loud and throaty with a deliciously sleazy brass lead as we dive headfirst into a plethora of pulsating musical numbers. The show rattles along at an unfaltering pace. The cast give it their all in song after song, coupled with razor sharp Runyon-inspired dialogue and well-timed comedy as the stories of the two pairs of – decidedly urban – star-crossed lovers unfold with wit and pathos.

We all leave the theatre humming Luck Be A Lady under our breath, but there are so many great songs in this show, and all performed with verve and gusto.  There’s the colourful Havana sequence, where Salvation Army girl, Sarah, experiences Bacardi for the first time; A Bushel and a Peck from Miss Adelaide and her chorus: the famous Sit Down, You’re Rockin’ the Boat; and of course the iconic Take Back Your Mink from Miss Adelaide and the Hot Box Girls which opens the second act. For this reviewer, the pick of the bunch has to be the Kurt-Weil-esque Marry the Man Today duet performed so admirably by Miss Adelaide and Salvation Army Sarah (Kirsten Adams and Naomi Barkley).

In conclusion, it’s probably fair to say that Guys & Dolls is musical theatre at its finest. This imaginatively designed production with startling set and costumes is one that definitely should not be missed if you’re a fan of the genre.  The four principals – Colin Richardson, Naomi Barkley, Alex Cantor and Kirsten Adams – give stellar performances and are backed by an energetic and enthusiastic cast and chorus, plus the King’s Theatre with its chocolate box Art Nouveau architecture makes the perfect backdrop for a fun evening of songs and dance.