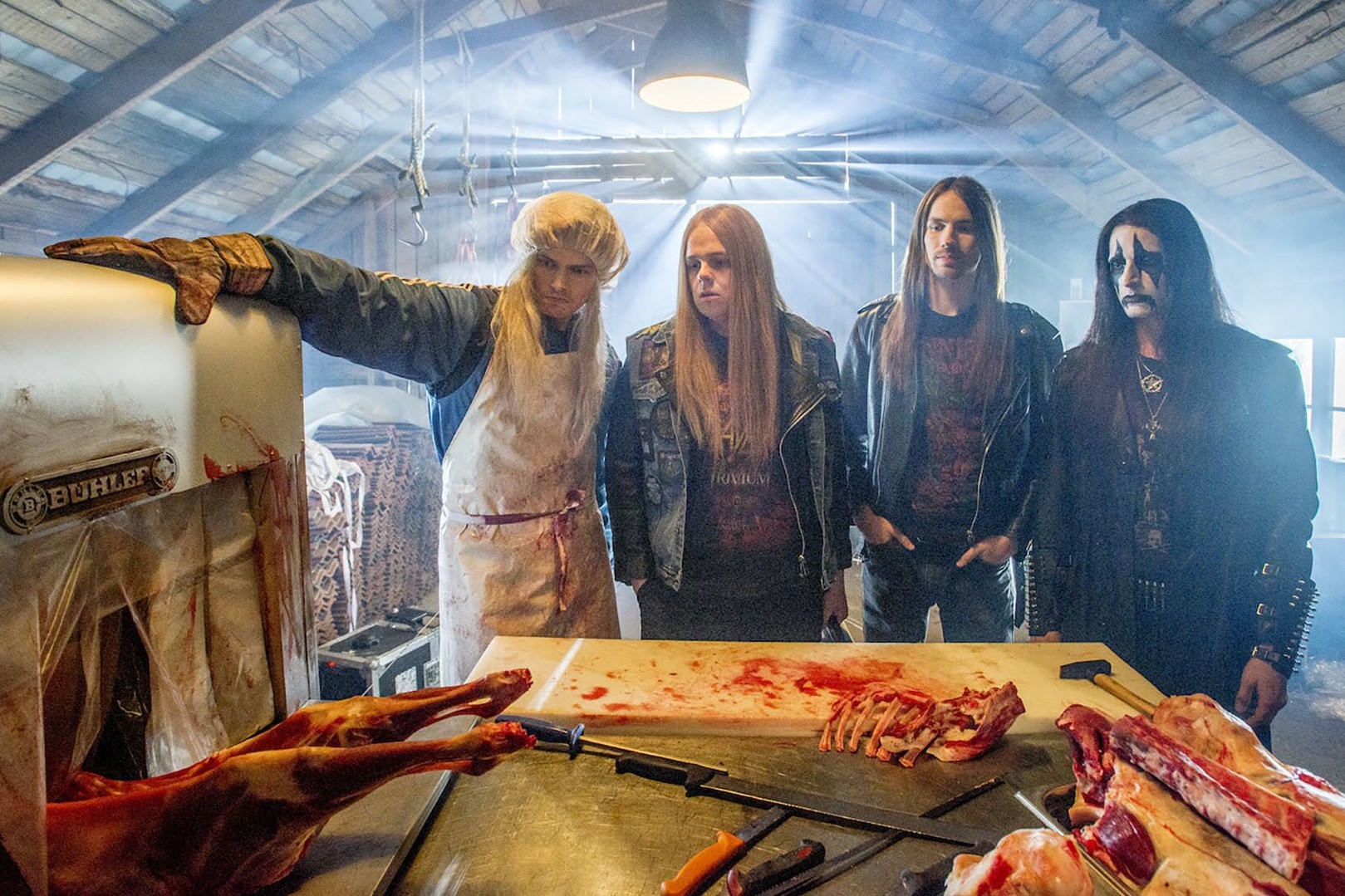 @Filmhouse, Edinburgh as part of Dead By Dawn

This offbeat Finnish comedy about the efforts of small-town heavy metal band Impaled Rektum to get their first ever gig at a festival in Norway favours laughs over shocks. On their travels the band have to overcome numerous obstacles on their journey including (but not limited to) love rivals, disapproving fathers, mental patients, unexpected deaths and Rambo-esque border guards led by General Dokken(!) (Helen Vikstvedt).

First-time directors Laatio and Vidgren go for a broadly comedic tone reminiscent of This Is Spinal Tap, Wayne’s World and Tenacious D in the Pick of Destiny that fits the narrative and allows for affectionate digs at heavy metal bands that don’t alienate anyone who isn’t a metalhead. Examples include the use of a reindeer carcass being cut up as a form of inspiration for the band’s new sound as well as the bass guitarist Pasi (Max Ovaska), whose deadpan encyclopaedic knowledge of metal makes him an effective comedic character. Laatio and Vidgren also skilfully handle the climactic action sequences, with scenes involving the rocket launcher-wielding Dokken and her ramshackle troops looking as good as equivalent scenes in larger-budgeted Hollywood comedies.

Whilst the plot may seem overly conventional, particularly the relationship between lead singer Turo (Johannes Holopainen) and police chief’s daughter Miia (Minka Kuustonen), the performances from the whole cast make these well-worn narrative elements effective. Holopainen, in particular, convinces in his portrayal of Turo’s conflict between wanting his small village to be proud of his band and revealing the truth about their big Norwegian gig and has noticeable chemistry with Kuustonen.

The script, partly written by Laatio and Vidgren, also reinforces Turo’s character by effectively establishing his clashes with bigoted villagers as well as with love rival Jouni (Ville Tiihonen). The other band members also convincingly depict their individual characters’ personalities, with Ovaska making his character’s eccentric nature seem endearing rather than grating and Antti Heikkinen giving enthusiastic drummer Jynkky enough energy to make his mad ideas appear convincing to Turo and the audience.

Whilst Heavy Trip favours comedy over horror, its chronicling of one band’s journey to their big break doesn’t disappoint due to strong direction, acting and comedic ambition. It’s also hard not to be won over by a film that features a Viking ship and rocket launchers as part of its climax!