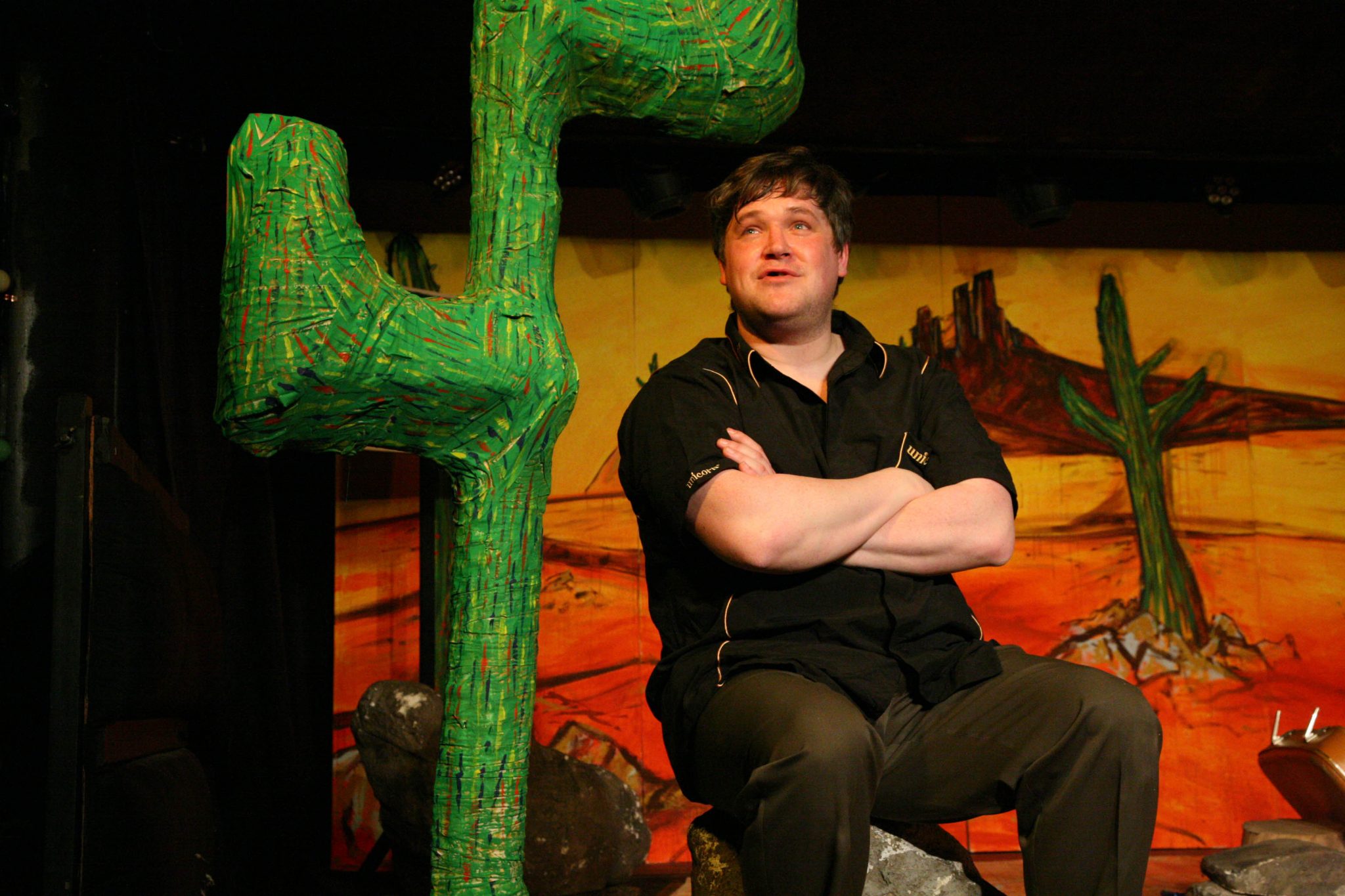 It’s hard to imagine a finer way to pay tribute to the Fife folk hero than this – a tender, funny portrayal of the boy from a children’s home who twice became darts Champion of the World. It captures, without judgement, the good time booziness that often befalls the prodigous sporting sons of the working class (see also Gazza, Best), and makes this ordinary hero seem a lovely bloke who deserved his glory days.

The setting is the Nevada desert, where our Jocky finds himself after a night overdoing the drinking and dartsing with some cowboys. He’s due on the oche in Vegas, but instead he ends up pouring his heart out to a nearby cactus while waiting to hitch a lift back into town.

This might seem an odd alternative location to Jocky’s native Fife, but it works out beautifully. Vegas itself represents the tacky glamour of darts and is a promised land of sorts for a man of humble origins. The sunshine – alien to a peelie-wallie Fifer – is also somewhat metaphorical. It’s symbolic of good times, but Jocky soon struggles in the rising temperatures. Is the heat of battle and the glare of the spotlight getting too much for the wee man? The desert delirium, whilst mimicking the woozy effects of the drink, also gives the excuse for Jocky to be spouting these fevered imaginings about his life. The cactus sounding board, daft as it is, forms a useful device which stops it feeling too directly expositional.

Grant O’Rourke is exceptional. He’s the perfect embodiment of Wilson himself, incredibly so, yet also pulls off a cracking Eric Bristow (Jocky’s great rival), a northern darts official, and sundry relations and mates. The intonation, the language, the humour are all beautifully observed.

It perhaps doesn’t totally convince the casual viewer as to why this guy counts; it might require prior interest in sporting heroes of the 70s for full effect. There’s also an abrupt ending which could be smoothed out by an extra couple of segments of monologue. There’s certainly time for it within the hour. In all other respects, Jane Livingstone & Jonathan Cairney’s play is like Jocky on the oche – a massive winner.