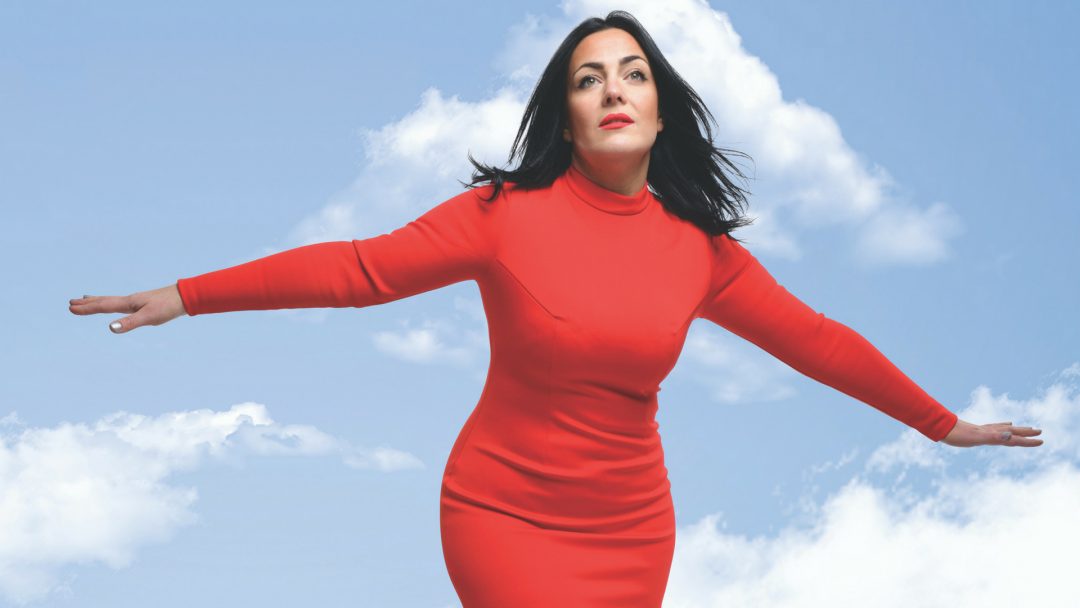 Despite having been a stand-up for several years now, Julia Sutherland is probably more known for interviewing comedians than being one herself. Sutherland uses this as the jumping off point for her new show. Having probed many other comics about deeply personal and often painful experiences she thought it was time she turned the spotlight in on herself.

The hour is not wholly confessional though. The show opens with Sutherland making a series of pat observational jokes about the differences between Glasgow and Edinburgh – basically the former is rough and the latter is posh – as well as some unoriginal asides about Scotland having a chip on its shoulder. Some of her observational material about being middle-aged seems equally toothless. There are wittier observational bits though with a bit on dressing “age appropriate” not being a thing for men drawing a decent laugh from the crowd.

After a quick introduction of who she is and her work as a broadcaster, Sutherland gets to the show’s central conceit as she hands a member of the audience a prepared script to “interview” her with. The pre-prepared questions are amusingly sycophantic and the answers are frequently very funny. This is particularly true when Sutherland is in confessional rather than observational mode. As a concept, it is a decent but flawed one as the interactions have the potential to be rather stilted when the “interviewer” is less than enthusiastic as was the case today.

More effective is Sutherland’s use of the video screen which comes into play when she decides the previous questions have not been tough enough so instead, she interviews herself. Here she examines some of her insecurities and whether she considers herself a quitter, and is very funny in doing so. Towards the end, she dissects the Facebook comments of a viral sketch video she was in which while not exactly original is very funny and draws some of the biggest laughs of the hour. Sutherland ends on a feel-good musical number which also got a great response from the crowd.

Despite some of the trite observational stuff, Sutherland’s likable stage presence and the stronger confessional material work well. Exposed ends up being an amusing, albeit mixed hour.