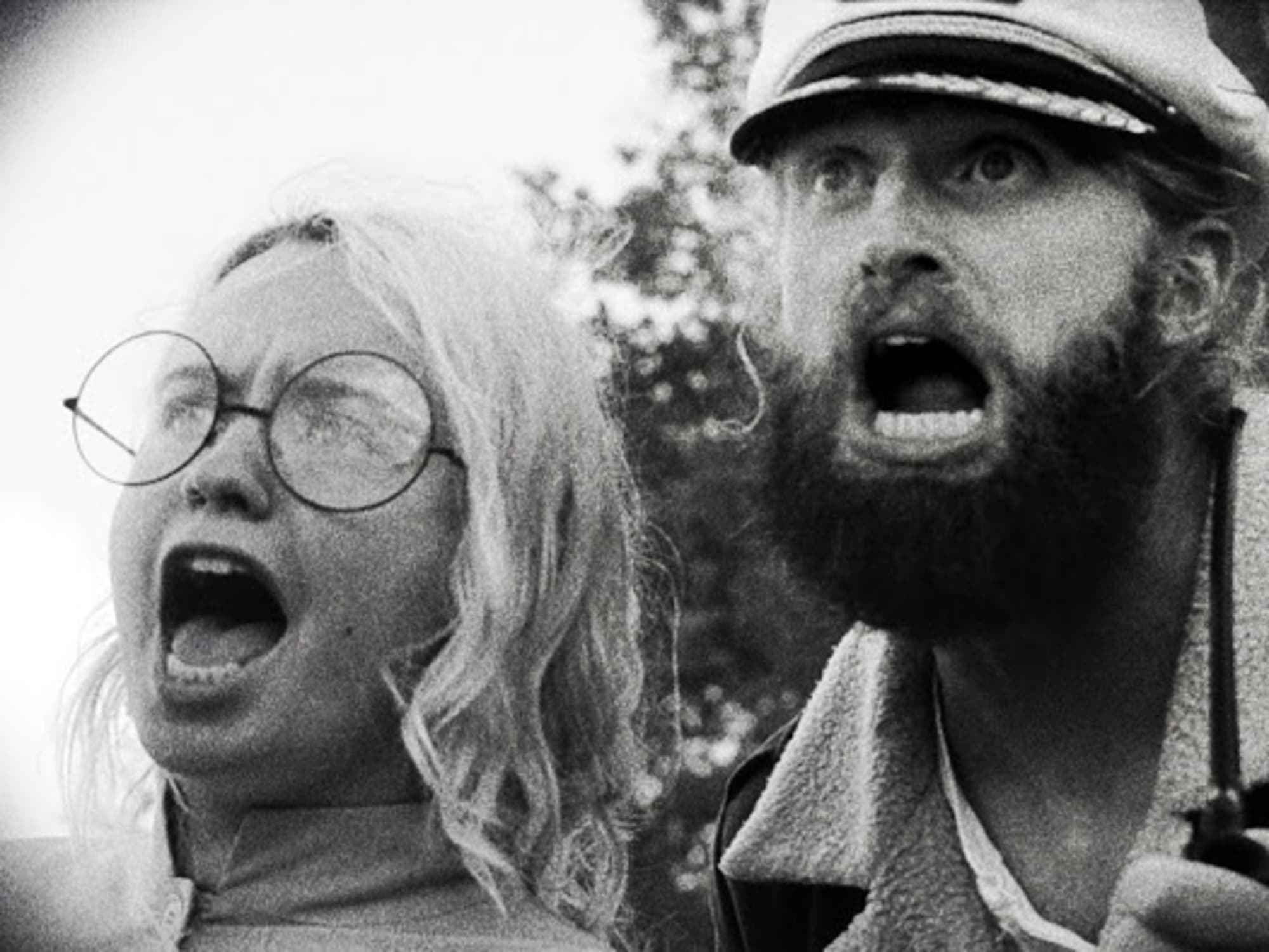 The kind of silly humour contained in those names and titles gives you a good idea of what to expect when sitting down to watch this off-the-wall spoof of the monster B-movies of yesteryear. Filmed in grainy black and white with intentionally questionable special effects, Lake Michigan Monster is something like the love child of Monty Python, HP Lovecraft and SpongeBob SquarePants. The storyline, predicated on a simple revenge plot (but with plenty of predictably daft twists), isn’t much to write home about, but the film is very well aware of that shortcoming, instead piling all of its eggs into the humour basket.

Unfortunately, this gambit doesn’t quite come off. Tews (who wrote the script and directs, as well as taking the lead role) certainly does his level best to pack in as many gags as possible into the film’s tight runtime, but the vast majority of them feel juvenile and try-hard. Having said that, there are certainly a few moments where the sheer unexpectedness of a punchline will catch you unawares and provoke a titter, but for the most part the inanity overrides the comedy. One scene where the double meaning of pair/pear is strung out for far too long in an attempt to garner laughs is a telling case in point.

Indeed, the film’s decision to live or die by its sense of humour will mean that there will surely be plenty of people won over by its zany charm and irrepressible enthusiasm, with comedy such a subjective animal. The reported budget of just $7,000 also points to the remarkable resourcefulness of Tews in pulling it all together, which certainly is an impressive feat in and of itself. However, the one-dimensional nature of the movie, coupled with the acquired taste of its humour, will likely make it more a miss than a hit for most cinema enthusiasts.