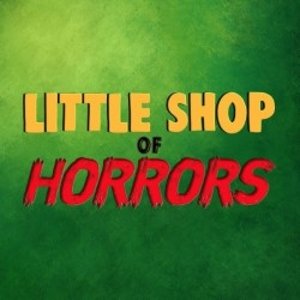 A 1960s B-movie, then an 80s cult classic, and then this century a Broadway hit, Little Shop of Horrors is a classic comedy horror adventure. The trick to pulling off this story is a healthy blend of dark comedy, great music, and decadent style. It is a combination that A-Team Productions pull off brilliantly with what has to be one of the most entertaining musicals at the festival this year.

Little Shop of Horrors is tremendous fun. With jokes around almost every turn and a sensationally kitsch feel, it is difficult to resist the toe-tapping tunes or fail to crack a smile at the latest macabre faux pas. With colourful lighting and steam rising out from behind the set, the anticipation and style built into every scene is palpable. The cast meanwhile absolutely excel themselves. Seymour is full of the reluctant heroism and good guy streak that keeps the audience on side even when he gets involved in the grisly stuff, and Audrey’s presence on stage is almost unmatched. The star, however, is Audrey II. A masterful, oversized puppet, his infectious charisma and smooth, smooth talking defy the bloodlust behind his words. That an oversized plant can be injected with such character and humour is an incredible feat, and as soon as he opens his mouth you are going to be awestruck and horrified in equal measure.

The outdoor stage works a treat, the sky getting darker as the story takes some increasingly twisted turns. From the seamlessly choreographed opening number and with each scene transition, it is evident that Little Shop of Horrors has a scale and production design that far exceeds what you would expect from youth theatre. The same applies for the choreography and thought put into each track, which is mesmerising in itself. Every track is performed with a knowing wink and – when needed – wonderfully creepy undertones. It is a polished, finely executed story that has the same impact regardless of where in the audience you are sitting.

Little Shop of Horrors is an irresistible performance, one that balances all of the story’s elements with professionalism and a great sense of style. The actors, set and music all stand out in a show that manages to leave you applauding the idea of a plant-based apocalypse.