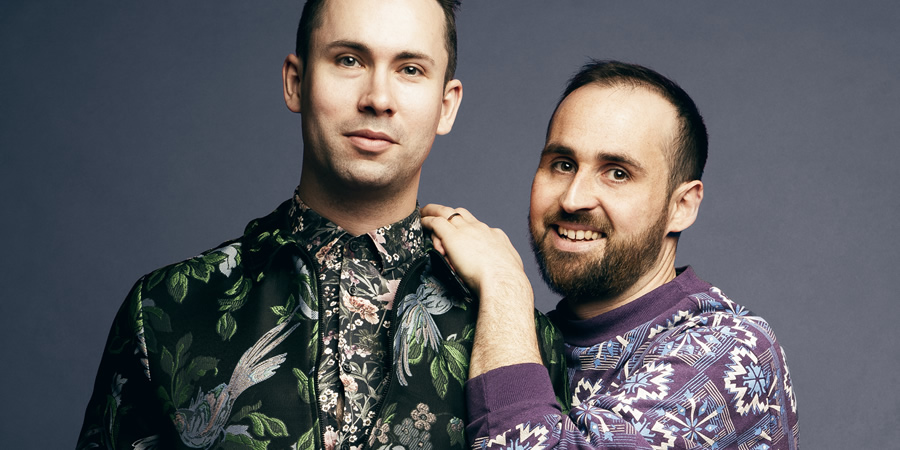 Delightful hour of hilarious buffoonery from Max and Ivan

In Commitment, sketch comedy Fringe favourites Max Olesker and Ivan Gonzalez breathlessly pack well over an hour of sketches, set pieces and gags into an hour of hilarious buffoonery.

The narrative is more autobiographical in nature than their previous work and is based around Max’s appointment as best man at Ivan’s wedding and the obligatory stag do planning that entails. Through anecdotes and old photographs projected at the back of the stage, we learn of the background of the comics, witness their cringe-worthy fashion choices and learn of Ivan’s first taste of the spotlight as the front man of post-punk funk band Voodoo 7:2. We hear about the other shindigs Max was tasked with organising, each seemingly more elaborate than the last. Can he outdo himself and achieve his goal of reuniting Voodoo 7:2 for Ivan’s stag? The band members are now scattered around the world and a reunion isn’t on the cards, so Max has to come up with other ways to make his mate’s day special.

The duo complement each other perfectly on stage – Max tells the story of their personal history and his preparations for the stag do with a straightness that juxtaposes Ivan’s eccentric, wild tangents. Ivan often seems like he’s in a different show, but that’s all part of the fun. Commitment is packed with in-jokes, callbacks, high production values and an amazingly high gag rate.

The show has more layers than an onion and it’s no surprise the production is directed by fellow comedian Kieran Hodgson, who has a history of making smart, inventive comedy shows. The tightly packed hour wouldn’t work if any of the elements were off and the production, script and timing are all impeccable to ensure maximum laughs.

Ivan’s silly diversions into inventing a new rhyming slang (Ivanglish™) or facebusking (which has to be seen to be believed) are great fun, but some of his tangents drag the startling momentum and slow the pace down. The narrative is compelling enough and some of the clowning is distracting rather than enhancing.

Commitment is full of joy and one of the quickest hours you will spend at the Fringe. The pair’s dedication to comedy (and each other) is a delight to behold.