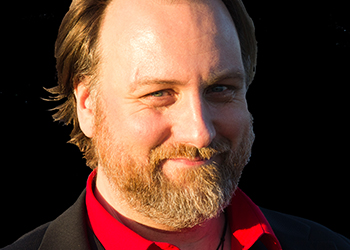 In the year of celebrity death, a missed opportunity

A lot of famous people have died in 2016, to the point it has grown tiresome to point it out. But it was inevitable, and not necessarily unwelcome, that someone would build a show around it this Fringe, and this is that show. Even if the original concept for it hatched last year, events since have certainly given it impetus.

But Mitch Benn does not have much enlightening to say about death, either in his songs, or his patter. At one point, he drifts off into a hagiography of Prince before stopping himself. “I realise nothing I’ve said in the past two and a half minutes was comical, I just wanted to get it out there.” A lot of people have non-comical thoughts about this year’s celebrity deaths, but they wouldn’t choose the Stand Comedy Club as a platform for them.

He pays affectionate tribute to Victoria Wood in a sweet song playing on the wood/would homonym, but otherwise contemporary material is thin on the ground. “A song I wrote a few years ago” turns out to have been inspired by Michael Jackson’s death (2009) and covers the coincidentally close deaths of Diana and Mother Teresa (1997) and Dr Feelgood’s Lee Brilleaux and Kurt Cobain (1994). Then there’s a Chas ‘n’ Davey number about the Pope. Not Francis, though. Benedict (retired 2013). And preceded by a segment about the Vatican keeping John Paul II alive, which might have more impact if he hadn’t already been dead more than a decade. It’s not as if in this year of all years, he’s short of people to write songs about.

Beyond the central theme, topical stuff is similarly limited and uninspired. Brexit feels added in tokenistically and applies the usual thinking – we’re allowed to be angry, Corbyn’s a waste of space, Boris did a runner. And the thinking on death feels similarly simplistic – we’re all going to die, we know not when, make the most of it.

The sense looking round the room is that many of the audience have stuck with Benn since the 90s, which is all well and good. For a dose of something familiar, a regular stop off at the Fringe, great, but a lot of this feels like it could have been written back in the day too. He’s also rather more zealous about flogging his “greatest hits” merchandise than is strictly necessary. The comforting embrace of old favourites is more to be associated with the Parsons and Cryers of this world. Benn is only 46, at least twenty-five years too young to be treading water like this.