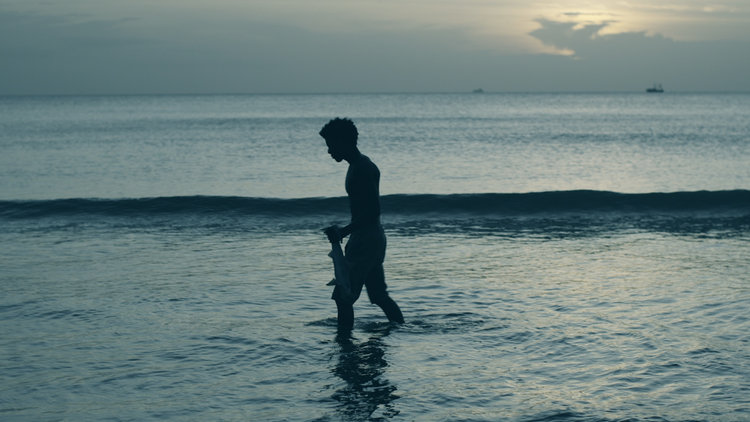 As part of the Edinburgh International Film Festival

It seems that the Edinburgh International Film Festival (EIFF) is saving the best till last.  Although The Devil Outside garnered a cool five stars only yesterday, Moko Jumbie shows that there is still more to stick around for.  Vashti Anderson’s film, which she both wrote and directed, portrays Asha (Vanna Girod), a young woman returning to Trinidad after living most of her life in the UK.

The story is essentially about the experience of the West Indian diaspora, and the touchy subjects that this film approaches are numerous and interwoven: race, postcolonialism, class and gender, to name a few, overlap to form an intricate mesh of issues.  The story of Asha and Roger’s (Jeremy Thomas) relationship set against the background of political disruption examines the racial tensions between Indian and African groups in Trinidad. Their on-screen romance, Anderson tells us in the Q&A, caused quite a stir when the film was screened in its native country, where racism continues to be a problem.

The sensitivity with which these problems are handled is highly commendable. While the plot focuses on Asha’s relationship with her extended family and her romance with Roger, racism and colonial history pervade the film in a way that is both delicate and thought provoking.

One outstanding part of Moko Jumbie is the portrayal of Asha’s Uncle Jagessar (Dinesh Maharaj).  His gentleness and good humour evokes both the charm and the importance of collective family memories.  Additionally, his ambiguous existence is yet another triumph of the film’s subtlety and magic.

However, the most enchanting aspect of this film is the inclusion of Trinidadian folklore. Most notably featured is the titular legend, Moko, the West African God who walked across the ocean to follow his people who were taken to Trinidad to work in the sugar plantations as slaves.  In Trinidad he becomes Moko Jumbie, the spirit of Moko. His appearances throughout the story hover between menacing and mesmerising as Asha slowly finds her way in her family home.  What really makes this is the haunting representation of the spirit billowing down the streets on ethereal stilts.

This combination of dreamy visuals and well thought out (not to mention brilliantly acted) characters makes this film stand out in the crowded line up of EIFF.  With the holiday season usually dominated with blockbusters and cringe worthy rom-coms, Moko Jumbie is the kind of film that makes you grateful for a summer film festival.