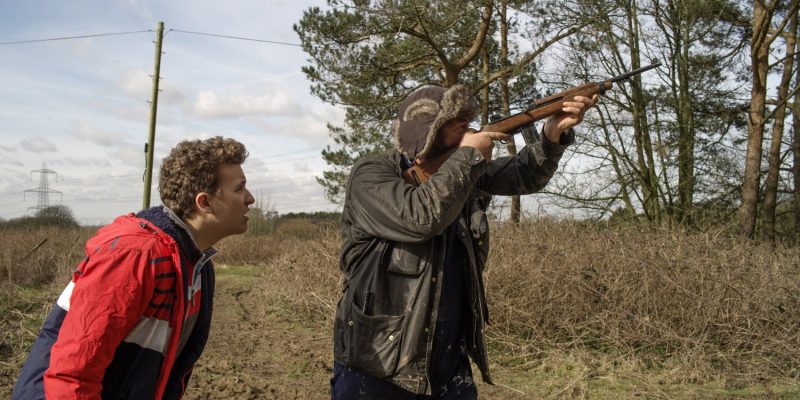 A terrible accident pushes father and son to the edge

As part of the Edinburgh International Film Festival

Winterlong seems to open at the end of a tortuous family drama.  In the very first scene, sixteen year old Julian (Harper Jackson) is abandoned by his mother so that she can start a new life with her lover. He must now live with his hitherto unknown father, Francis (Francis Magee), who lives on the fringes of society.  There is still more drama to come: the two men are just beginning to bond when a terrible accident endangers their newly formed relationship and their lives.

Amongst the crowd of dramas such as Searching and Calibre, with their numerous twists, deceptions and tensions; the story-line of Winterlong is surprisingly simple.

This is not necessarily a bad thing.  One of the best things about this film is watching how Julian and Francis slowly build an unbreakable bond.  There are no cinematic fireworks here; all this needs is the stellar acting from Magee and Jackson and David Jackson’s (writer and director) sensitive script.

One of the highlights is Doon Makichan’s turn as Barbara, a somewhat stereotypically irritating neighbour whose combination of sexual frustration and meddling makes you pity and hate her at the same time.

However, although a lot happens, none of the events seem to have any true consequences: a blossoming high school romance is no more than a montage of scenic adolescence; a social worker is miraculously avoided, and we see no more of Julian’s mother after she leaves sobbing in a taxi.  While this may leave the audience dry-eyed and happy, the sheer number of loose ends is very unsatisfying.

Nonetheless, Winterlong is a heartfelt and modestly understated drama.  For those of you who tire of the predictable unpredictability of overly wrought thrillers, this troubled story of father and son might be a good antidote.