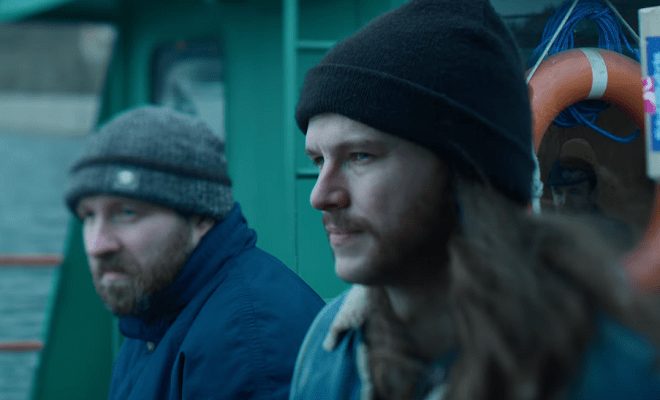 Polish drama about the struggles of a face transplant

Mug (the translated English title for Twarz) imagines the life of a man with a complete face transplant. Jacek (Mateusz Kosciukiewicz), a construction worker, falls from a gigantic statue of Jesus he is helping build. He is narrowly saved from death but loses his face and identity.

The film begins with Jacek’s pre-accident life. We see him playing with his dog, arguing with his family and proposing to his girlfriend. Long, silent shots of daily life dominate the story. This kind of realism is arresting in small doses but you end up wondering where it’s all leading to.

However, it is this understated style that makes the accident so captivating. Like the previous shots, it gives a silent look at someone getting on with life, and then – with no warning, no ominous music and no screams – it just happens.

You only start appreciating the clever use of headless images after Jacek loses his face. Children play with the decapitated head of a pig, and the still unfinished monument of Jesus (Christ the King, which stands in western Poland today) presides emptily over the town.

The un-romanticised, un-idyllic relationship between Jacek and his fiancé, Dagmara (Malgorzata Gorol), is refreshing. There is no sense of love conquers all in the face (literally) of adversity. Instead the film portrays a painful reaction to an extremely difficult situation. It almost risks portraying Dagmara as devoid of any emotion, but eventually shows us a sliver of her struggle.

Connotations with the resurrection of Jesus run throughout the film. The un-saintly priest comforts Jacek in his hospital bed by claiming he is born again; in his pre-transplant life, a group of old drunks call him Jesus because of his flowing hair.

However, these hopes of a divine plan, a reason and a destination, are confounded by the loose structure of the story. It’s one of those films where you’re never sure when or how it’s going to end, because the plot has little sense of direction. This isn’t necessarily a bad thing; you might either love the abandonment of stereotypical story-telling or long for some kind of direction. But in this context of divine ascension (or lack thereof), this really works: the idea that there is an overarching, heavenly plan is brought shatteringly down to earth by the absence of redemption. This is an unusual, quiet and clever film that well deserves its place on the bill of this year’s film festival.