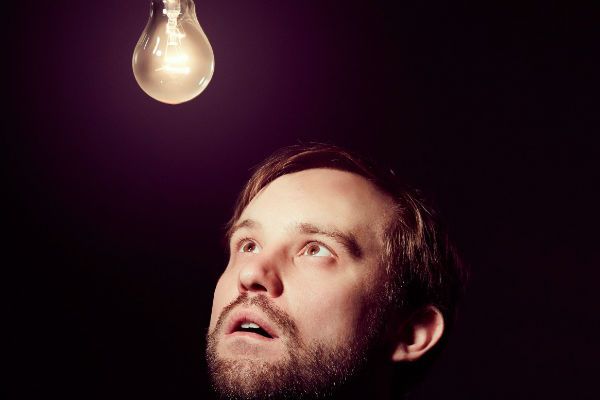 Skilled character comedian sweats his way through a Scandi pastiche

It’s always good to see a performer take risks, but in Naz Osmanoglu‘s case that risk is of a genuine dehydration-induced coronary. By god, it’s warm up on that stage, and Osmanoglu is sweating profusely before we’ve even begun. His decision to wear a thick woolen coat when performing as Lars Johansson, the central character in Scandinaveland, doesn’t help matters.

This is a very well-observed pastiche of Scandi crime drama, with Osmanoglu’s particular brand of exaggerated character comedy running right through it. Most of his strongest jokes are signposted, either with a knowing wink or an out-of-character aside. It helps to sell the first few, but becomes a bit of an indulgence later on. Osmanoglu plays every character in the unfolding story, even “Hunchy”, a manifestation of Johansson’s professional intuition who garners some of the biggest laughs of the show. The few female characters aren’t as strong, and occasionally show hints of the Cissie and Ada school of pursed-lipped campness. Most of his characters, though, are beautifully observed and perfectly judged. He’s a superb chameleon, inhabiting each character with voice and physicality, and switching effortlessly between them.

The energy is relentless. Osmanoglu’s story rushes forward like a freight train, steady and unstoppable. The plot, just like the props and the performer himself, threatens to collapse around itself at any moment. Somehow, it remains just about upright until the end, and it’s a thrill to watch. Osmanoglu occasionally loses his place, but his easy audience banter easily covers the gaps.

Osmanoglu is captivating, and not just because by the 30-minute mark he’s more moisture than man. He’s a very physical performer, who understands how he’s perceived on stage and uses that to his advantage. By the time the final plot twist is revealed, and the star’s washed-up detective heads into the woolly jumper factory (where else?) for the final showdown, the audience is his to command.