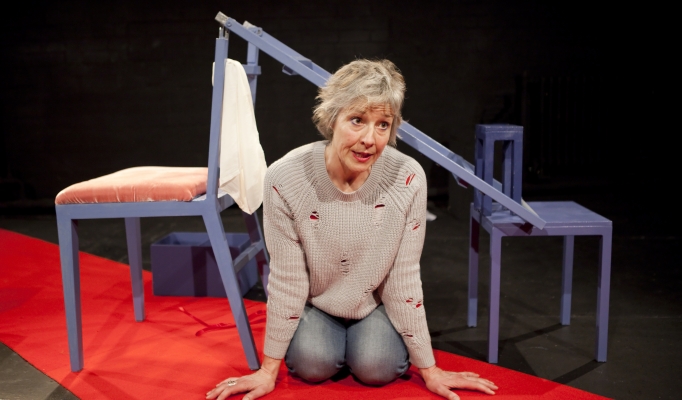 Biographical wonder tale explores what drives us to want to live perfect lives.

Storytelling at its finest

What makes us want to be perfect? What is so bad about imperfection anyway? These are the questions Danyah Miller sets out to answer in her one woman show, Perfectly Imperfect Women.

Greeting her audience warmly, Miller seems to know at least half of them, although she assures us she doesn’t, “they’re merely people I’ve struck up conversations with in my travels”, much like the people she’s posed questions to in supermarket queues when researching her piece.

She engages the audience by asking us to explore the role perfection plays, getting us to stand up if we agree with her questions and stay sitting for no answers. Friendly and likeable, she has the audience answering her questions like obedient school-children, wanting to please. We further explore what perfection means in relation to self, friends and family, career, and society elicting responses such as: to be slimmer, fitter, more beautiful; to be less judgemental; to have more time; to be more generous; to have more money; to make fewer mistakes; to listen more and to be kinder.

Using Russian dolls and a high, ladder-backed chair as props, Miller is a natural storyteller with the ability to weave a story that has you gripped. Miller speaks of a Queen, who longs for a beautiful daughter but instead is granted a first-born of a puny son, followed by a plump daughter, Princess Gutta, who turns out to be loud and is sent to the tower, for her own protection, only to be allowed out at 18. The banished Queen Mother injects the grand-daughter with a dragon’s dart in the hope of giving her a protective scaly skin and a dragon’s warmth. Just before she is released, Princess Gutta sets out to fulfill the list of what it means to be a perfect princess, yet never reaches the end, and chooses not to take the anti-dragon venom, which would rid her of her scaly skin. This story, Miller tells us, doesn’t have an ending, as it’s her story.

It’s a fabulous allegory for looking at five generations of Miller’s own family, examining the often complex relationship between mothers and daughters and the discovery that some women may have more in common with their female bloodline than they care to admit.

Made all the more poignant by the presence of both her daughter and mother in the audience, it’s a thought-provoking and touching performance from Miller, with some superb direction from Danni Parr and is storytelling at its finest.  Perfectly Imperfect Women will touch a raw nerve whatever your mother/daughter relationships are, posing questions that will have you debating answers long after the performance has finished.