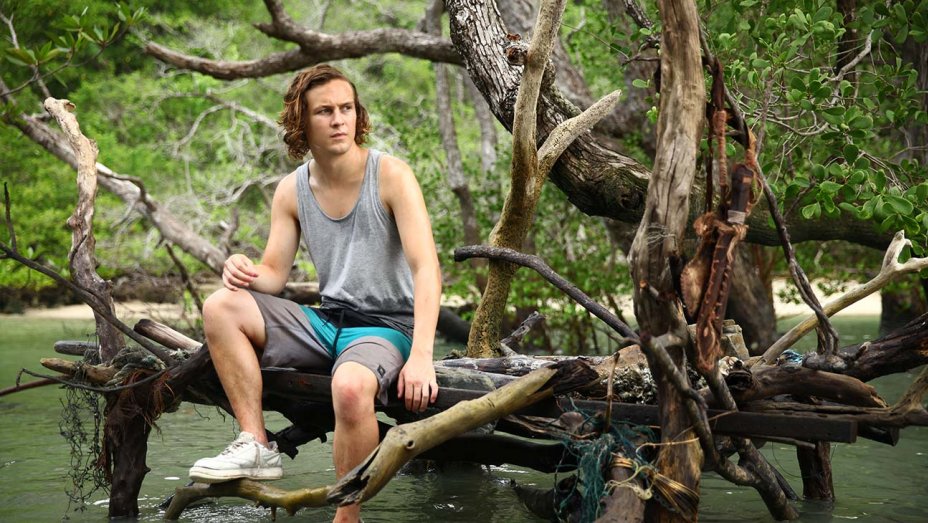 There’s a terrifying majesty to jungles on film, and as far as horror locations go, they’re a step up from the humble local woods or bayou. Even with such a great backdrop, there needs to be a solid story.

After suffering the traumatic loss of his father, Toby (Logan Miller) is lost and emotional. Along with a dozen or so other teenagers, he has been sent on a youth survival programme to Malaysia.  After some weeks at sea, the final three days of the programme pit each of them against their own self, braving the elements and the solitude of surviving alone on a small island. However, Toby learns quite swiftly that he isn’t the only inhabitant on his small piece of jungle paradise.

During the nights, he is haunted by strange sounds, fleeting glimpses of horned figures, and flashbacks of his father’s murder. It’s only when day breaks that he meets Madeleine (Kristine Froseth), a young missionary’s daughter with some above-average survival skills. Handy when food must be hunted and something unnatural is creeping around the woods at night.

Prey is a strange beast of a film. At times, it wants to be a meaningful portrait of a young man coping with trauma, but at the same time it’s clearly a creepy horror film. The result is a muddled mess of ideas that never quite come together. It’s a shame because there are some really nice ideas and performances in here. Miller especially deserves praise for holding together much of the film single-handedly. He portrays the emotionally broken schoolboy well, both as a scornful teen playing on his phone in early scenes, and as the troubled youth on the island. Had the film been more of a journey of self-discovery and survival in the mode of Cast Away, it could have worked far better.

Another issue is that, aside from a few nice moments, most of the film is capably shot but never interesting to look at. Many of the scares are also horribly cliched and predictable, as are the plot revelations, which most audience members will see coming a mile away. Moreover, there’s a frustrating tendency in the script to have Miller chase after Froseth in early scenes, barking entirely reasonable questions at her, which she pointedly ignores – then only to cut into a montage, after which he seemingly doesn’t care, or has had the answers he wants.

The result is a film that isn’t bad, but is so mired in uninventive mediocrity as to be almost utterly dull to watch. The few moments where it raises itself into the realms of being entertaining almost all relate to Miller’s internal turmoil, and it’s hard not to wish they could have cut out the supernatural hoodoo and stuck with that instead.