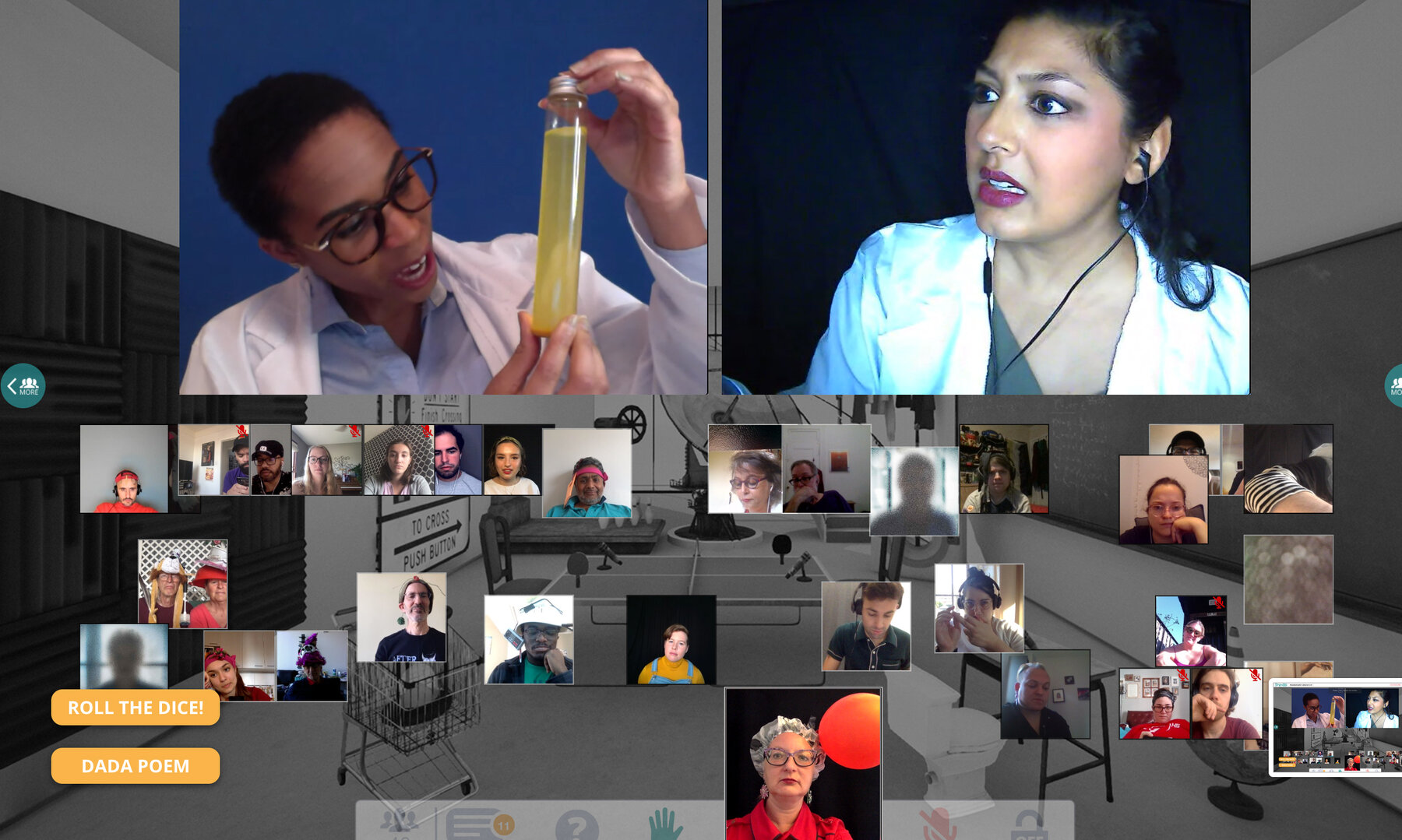 An initially confusing but eventually engaging theatrical inspection of philosophy and science, draped in avant-garde style

“Is this theatre? Do tell us.” Truth be told, you may not know what you have stumbled into with Readymade Cabaret 2.0, which feels neither ‘readymade’ nor particularly like a cabaret. The energy and atmosphere of a full-blown variety show goes amiss, with Flying Solo! instead opting for various vignettes that mix light comedy with drama and philosophy. It is a show that asks you to let go of certain preconceptions. Suitably, therefore, if you drop the idea of this being a cabaret in favour of a surprisingly entertaining and fascinating theatrical experiment, Readymade Cabaret is a very pleasant surprise.

The MC comes across more as a spiritual guide who dons a variety of absurd hats (well… ‘hats’) throughout the performance. Inspired by Dada poetry, the order of various acts is determined by the rolling of a dice. Those involved include a psychologist, a woman draped in a houseplant, and a seemingly bewildered old man wearing a Christmas tree.

This is an intelligent and profound look at – among other things – cognitive science, death, and irrationality. A sketch involving two scientists is particularly clever, poking fun at science’s insistence on coherence and tested knowledge. The characters across all the sketches are affected in sometimes conflicting, random ways by this deep thinking, and while this randomness does result in some less successful entries, generally you’ll be amazed at just how compelling this apparently nonsensical experience can be.

Sometimes the setup lets the show down. Some homemade films would really have been lifted if they were able to go full-screen. Otherwise, this lottery of a show makes the most of the online format. Show participants form a disjointed mosaic along the bottom of the screen, and the cast capably handle a range of characters who seem either obsessed with overthinking or completely devoid of it. The show does a remarkable job of making you feel part of a meaningful discussion with the cast, without burdening you with academic flim-flam.

“Dada was an artistic revolt against art,” insists the MC. If so, the revolution here is won not with a scream, but with a quiet, provoking inspection of what we take for granted. The avant-garde, DIY feel of this thoughtful variety production ends up defying your expectations in a remarkable way. Readymade Cabaret celebrates the zany, try-anything mantra of fringe festivals and independent theatre the world over.

Readymade Cabaret 2.0 is available to watch until 31 January here