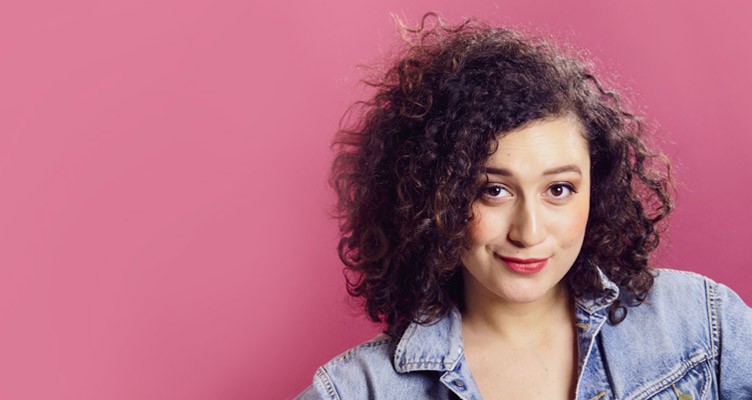 “I’ve had a coffee,” breathes Rose Matafeo twitchily at the beginning of her hour, to explain her obvious hyperactivity.  If she has only had one, then the New Zealander is the floatiest of caffeine lightweights, given that she bounces merrily off the walls for the whole duration of a rather delightful show.

Matafeo states she has kissed nine people in her life, and she uses this as a springboard for stories about her life to date, with particular emphasis on being a decidedly uncool teenager and very much a late developer.  It’s not unlike the coming-of-age narrative of another of this year’s breakouts, Maisie Adam’s Vague.  Matafeo’s approach is more like an expulsion of bottled-up angst erupting like the plug from a volcano compared with Adam’s Northern understatement, but both reach for something universal in their very personal tales and both succeed.

There’s been a hefty buzz gathering momentum around Matafeo during the Fringe and it’s easy to see why.  She’s effortlessly charming, and her heavily autobiographical material is delivered in a breathless torrent that foams with neat turns of phrase.  She occasionally trips over her words, or mistimes the rhythm of her jokes with her breathing, leaving her gasping at the end of a sentence, but this gives Horndog a sense of being exhilaratingly rough around the edges rather than amateurish.  This lack of slickness adds authenticity, and it’s clear we’re watching a huge talent still evolving.

Horndog specifically harks back to a very specific mid-noughties range of reference such as “that very brief period where people owned both mobile phone and digital cameras,” which is a good example of her keen eye for a morsel of oddly specific, yet evocative detail. She illustrates her jokes with judicious use of photos, music and the show’s title in era-specific fonts.  Her cultural references put her firmly in the millennial bracket, but even those whose engagement may be potentially limited by encroaching old-fartery (certain reviewers for example) won’t find themselves lost.

Matafeo is not the first comedian to build an hour around her neuroses and obsessions but few do it with such self-awareness.  Perhaps it’s her late blooming that’s made her so intense in relationships she ponders.  As she flits in and out of various trains of thought like she only has the span of a mayfly to make sense of it you get a sense of that compulsive, nervous thought process, and that’s partly what makes her so compelling.  There are no great epiphanies or conclusions reached that millions of young people haven’t come to independently, but you come away from her show almost as breathless as she is and, more tellingly, with a huge satisfied grin.