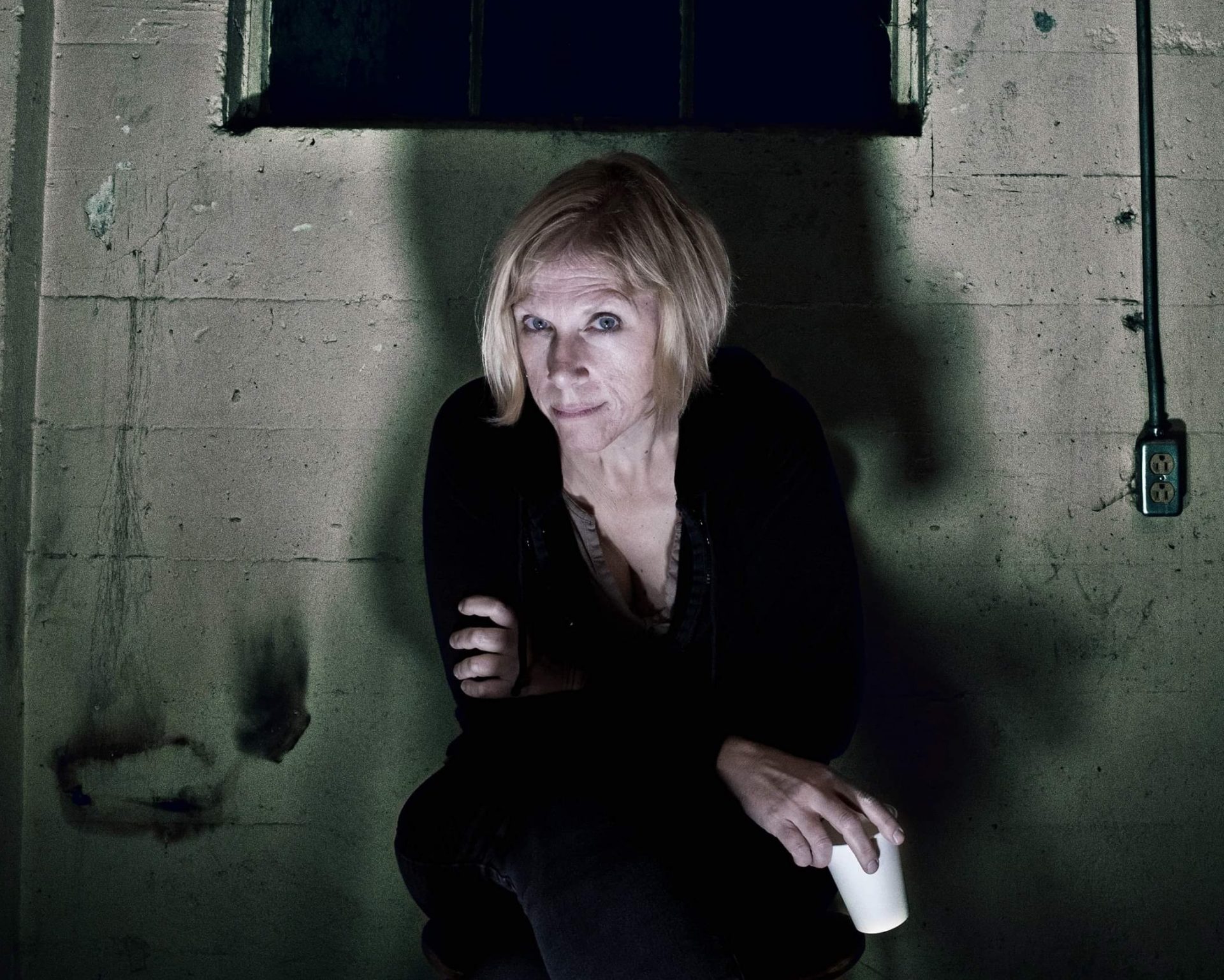 “We all have our reasons for drinking: Something haunts us all”. So professes Jamie, a recovering alcoholic, in Rosegold, Donna Kay Yarborough’s testament to addiction. As we will soon discover, however, some people’s reasons are far more sinister than others.

Framed as a virtual meeting of an Alcoholics Anonymous-style group via Zoom, Jamie introduces herself to the rest of the group (the audience) for the first time. Steadily, she opens up about the source of her addiction, the traumatic cycle she exists within, and the impact that both have had on her life and relationships. It’s a heartbreaking and tragic testimonial, and one not entirely unfamiliar to anyone that has known someone dealing with such issues.

Jamie is perfectly candid in her testimony, never shying away from admitting hard truths. She is the self-admitted anti-hero here, and openly declares that “smartass is my default setting, it’s what I do when I’m scared”. As is quickly revealed, she has every right to be afraid. In its discussion of the veils that people wear to disguise themselves in daily life, Rosegold quickly drops its own; revealing that behind an exploration of addiction is a stirring and compelling horror production.

At the heart of this is Yarborough’s own performance as Jamie. Her subtle ticks – glances off-screen to her socially distant sponsor, constant sipping from a coffee cup – and small gestures make for thrilling viewing despite the mostly static framing. It also gently teases what is to come, with Yarborough building in intensity as she becomes increasingly frantic. Likewise Yarborough displays a masterful use of language throughout, with Jamie almost slipping into poetic soliloquy as she recounts the horrific event that kickstarted her addiction.

That said, this also means that any jarring moments are all the more noticeable, namely in the use of the neutral “they” to describe the “Dark Plurality” that haunts Jamie. No matter the circumstance – eldritch or not – “they’s approach” is inherently jarring. In some ways this works though, as this unknowable Lovecraftian entity is a break from normality, and so too is the language that refers to it.

The fact Rosegold is filmed outside on a porch in one continuous take does mean that the external noise of motorbikes speeding past filters in, breaking the pacing somewhat, but never enough to detract from the performance. In fact, Yarborough handles these moments with aplomb, highlighting the strength of her own abilities.

Overall, Rosegold is an enthralling work that successfully blends Lovecraftian terror with the everyday horrors of addiction. Simple in its execution, but with far greater depth than one might expect, Yarborough proves herself to be a masterful writer and performer with a great deal of promise.

Rosegold is available to watch until 31 January here