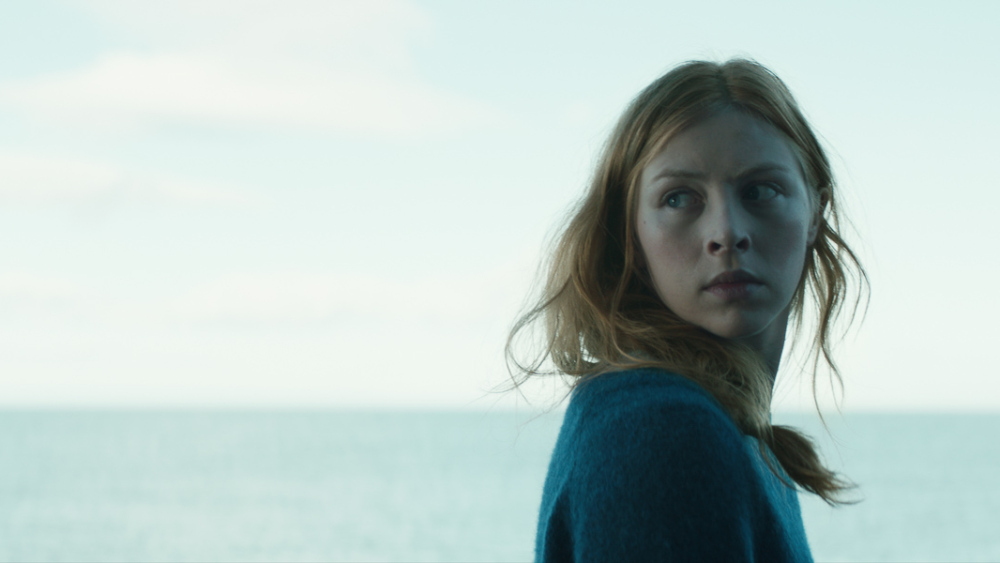 Eco-thriller sets out with promise, only to run into choppy waters

The sub-genre of ecological horror usually finds itself graced by the ‘marvels’ of M. Night Shyamalan’s The Happening or Cody Duckworth’s Harbinger. These narratives regularly push the ethos of ‘mankind bad – nature good’, with limited tact or subtlety, when, with reworkings and deft narratives, the films’ intentions have the potential to produce realist thrillers. Irish writer and director Neasa Hardiman strives to create nuance with her latest piece Sea Fever, an eco-thriller set aboard a fishing trawler, where scientist Siobhán finds herself stranded, at the mercy of the high seas and a perplexing creature beneath the hull.

Hardiman attempts to push romances and story exposition to exert an emotional connection with the audience, which fails for the most part. Hermione Corfield turns in a surprisingly steady performance as Siobhán, but is let down by Hardiman’s direction. There’s little to Siobhán outside of her academic prowess, which disconnects the audience; there’s not much motivation and we don’t feel a zest for why Siobhán is here outside of her employer’s orders to get ‘hands-on’ with research. Corfield tries to create the balanced character of an earnest scientist using her knowledge to survive, but there’s inadequate chemistry with the rest of the crew and as a result, the audience has scant reason to root for them over the ‘monster’, a bio-luminescent parasite.

The on-screen chemistry between Dougray Scott, Connie Neilson and Corfield is the most seamless aspect of the characterisation, though it still remains limited. Meanwhile, Hardiman weaves in a theme of fact versus superstition, playing with concepts such as folk cures and myths of the parasite’s origins. It makes for an interesting concept, which, if explored further, would open greater possibilities for development or character contrast.

There are attempts to make Siobhán empathetic or caring for the environment, but these stumble. Chiefly, in demonstrating how a scientist is above murder, Siobhán comments on how she ‘researches’ and the crew ‘kills’ – but within seconds, she makes suggestions on how to eliminate the parasite. It’s small cracks like these in the writing which curb the usual tropes the genre forgives.

Further issues arise in the film’s pacing, which veers between glacial and rushed; after the parasite introduces itself early into the narrative, it becomes the focus. As such, only a superficial form of relationship building with the crew is achievable. While growing strains between the characters intensify further into the film, there isn’t much opportunity for a changing dynamic, as tension is only made tangible in extreme situations. The audience isn’t aware of individuals acting out of character due to the parasite, since there is little character to change.

The use of multiple climaxes and thematic callbacks demonstrate clever use of plot twisting and foreshadowing from Hardiman, though the film’s ending may leave audiences desiring more. Hardiman’s overarching idea is short of ingenious, taking the eco-thriller genre a touch more seriously than other filmmakers. The soundscape is minimal, capitalising on silence while leveraging the score to work with the moments of horror. Christoffer Franzén’s composition plays well into the lapping waves and the threatening dull thuds of the parasite on the ship’s hull; it’s a complimentary soundtrack which deserves notice.

Not entirely as fresh as imaginable, Sea Fever tries to elevate the eco-thriller, a genre which more often than not relegates itself to giant creatures, viral epidemics and over-the-top warnings of ecological destruction. Hardiman perhaps spreads her subtlety thinly, demonstrating a keen desire to highlight ocean pollution and over-fishing, but doesn’t tie it into the science as well as she could. With thinly-veiled allusions to science versus belief, Sea Fever sets out with promise but runs into choppy waters before leaving port.