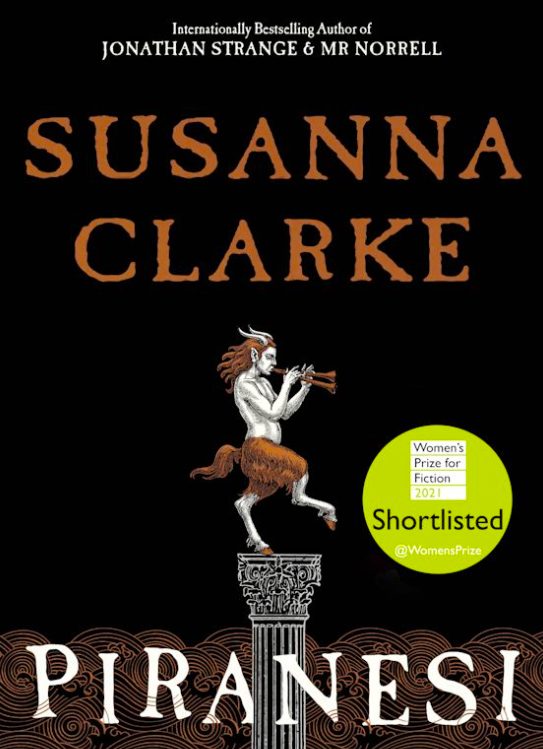 Piranesi is a young man who estimates he is somewhere between 30 and 35 years of age. He lives in a labyrinth full of huge chambers, massive statues and tidal waters which threaten to submerge parts of what he refers to as ‘the House’. On Tuesdays and Fridays he meets what appears to be the only other occupant for half an hour. He refers to him as ‘the Other’. He never wonders where ‘the Other’ goes or how he survives but as their world seems endless he supposes he frequents different rooms in ‘the House’.

Titular character, Piranesi, spends most of his time exploring and writing up his journals which are carefully numbered and dated with his findings but when messages appear written in chalk on the floor the relationship between the two occupants becomes dangerously tense. Is there another person in ‘the House’ and if so, what do they wish to communicate? Is he imagining things? The Other asks Piranesi a question and from then on the story becomes a bit more obvious.

This is really a tale of survival against the odds, the appreciation of what we have and a love of beauty wherever we might find it. The journals form an important part of the story and are reminiscent of the careful log entries in Andy Weir’s novel The Martian.

Piranesi is set in perhaps a similar world to Susanna Clarke’s debut novel Jonathan Strange and Mr Norrell. Clarke has the gift for inventing wonderful characters and placing them in a mythical world which has just enough realism to capture the reader.

A short book which could easily be read and enjoyed in one sitting, it has a beauty about it which stays with you even when the dark side of the real world invades and the concept, though not entirely new, has been given an interesting twist which should delight lovers of fantasy.