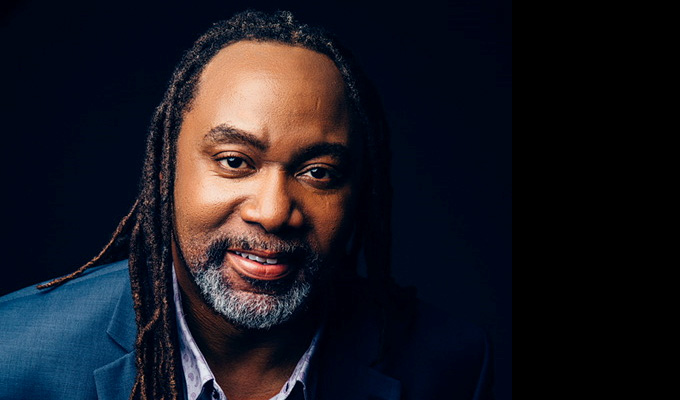 It’s been a rough few years, confesses Hunter near the top of this hour. By the sound of it, excess and the pressures of middle age have got to him, most publicly when an incident with ‘tequila and a shower’ led to him performing the Fringe in a wheelchair a couple of years ago. That has meant a certain amount of life re-evaluation, but it hasn’t tamed him. His 100-year-old father may want him to settle down with the love of a good woman, but that still doesn’t sound top of Hunter’s priority list, even if he is currently in a relationship with a Dutch woman, whom he mercilessly mimics here.

This is Reginald D. Hunter as we’ve come to know him – the cheeky, convivial Anglophile with an outsider’s perspective, who doesn’t mind pushing a few buttons. He’s actively gunning for light offence here, hoping every departure is a storm out rather than a weak bladder, although it’s probably 90% the latter in this case. There are moments of deliberate provocation – a tired ‘I identify as…’ gag, for instance – but nothing the audience aren’t ready for. The most significant anecdote on these lines is his take on the #metoo movement. It turns out Hunter too has had his accusers, which for a famous man who talks proudly of ‘hoeing’ into his 50s is not a surprise. He courts opprobrium for his unapologetic response but that’s his point. This is less about the movement in general, which he doesn’t deny is a good thing, but more about how he himself responds to it. How does he broach it with the 18-year-old daughter he’s only just connected with when she’s reading allegations about her Dad on Twitter?

It’s not all so potentially contentious. The material on his family is sweet and affectionate, especially the story of how his Dad dealt with the local news reporter asking him about turning 100. He takes us back to the goodbyes he had to say when he first left for England too. This is a different side of Hunter, a younger, less worldly version, who looks up to his elder siblings for guidance. Of his adopted country, he speaks highly, primarily because it’s a land of trainspotters, not racists with guns.

Sometimes the rambling appears to lead nowhere, like he’s lost his thread. He begins to give us an ancient fairy tale about how to choose a wife then drifts off onto something else, as if he’s been distracted from the punchline. The pay-off comes much later in the set, but you wonder if it’s worth the diversion. He also does an extended show-of-hands poll about sexual politics with the audience which is mildly amusing in itself, but is also an expensive set-up for a later callback.