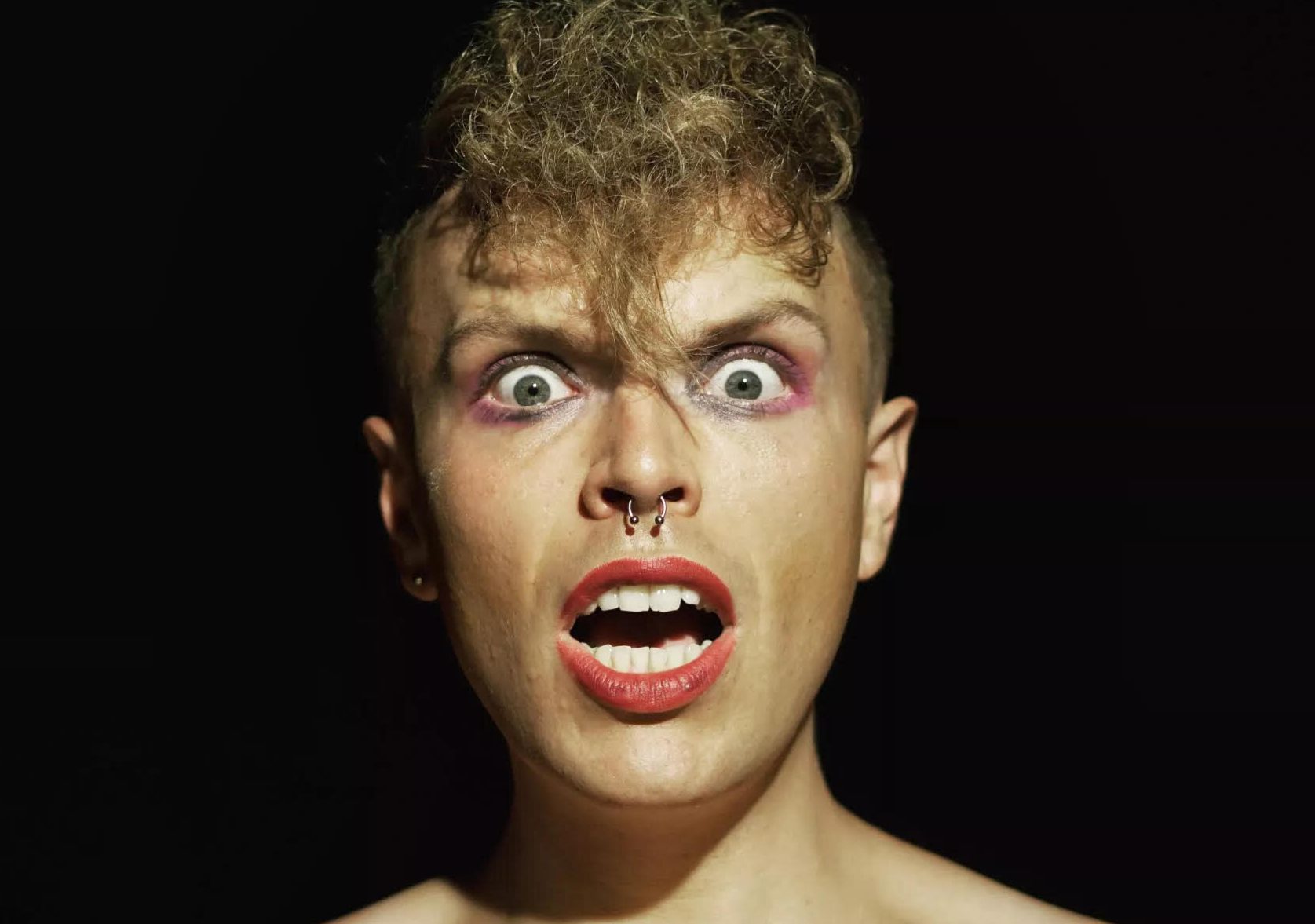 A wonderfully camp, energetic and moving hour of music and comedy, featuring an absolute tornado of a cabaret star

Described as the future of queer comedy cabaret, Tropicana is the explosive song-and-dance dreamchild of the exuberant Aidan Sadler. They are very honest about the situation that led to the creation of this show, and this story is hardly all fun, games and classic tunes of the 1980s. Except that’s exactly what Tropicana itself turns out to be, and it is a heavenly slice of musical euphoria.

From the moment Sadler bursts onto the stage, they exude an almost unbearable amount of confidence that throws you back into your seat. A malevolent grin and outstanding voice complete this one-person ensemble, and they reel you in with an almost frightening amount of energy. Sadler’s performance features electric covers of hits from the likes of Spandau Ballet and The Human League, among others, and their voice calls to mind the most dramatic pop sensations of the decade.

The comedy is sensationally on point and never drops a beat, Sadler’s delivery ensuring that every joke – from the cheeky to the edgy – leave you cackling along all the way. They draw attention to everything from ‘ASOS gays’ to the love-hate relationship with Morrisey, Sadler’s way with words controlling the tone and atmosphere to a fine level. The humour does more than just solidify Sadler’s status as a newly discovered comedy icon. It reinforces the show’s identity as a queer cabaret, Sadler’s experiences and memories always anchoring each gag with genuine heart.

Tropicana is a wondrous hour of laughter and music, and Aidan Sadler is a star that you will remember for a very long time. From their shiny suit to their unashamed destruction of gender binaries, they are a presence to be reckoned with. Furthermore, they end the show on an incredibly poignant note, linking the show’s creation to some less pleasant personal moments in their life. It is a nuanced intertwining of their own struggles with a show fuelled by a sense of wonder, fun and utter delight. Sadler has the audience in the palm of their hand for the whole night, and by the time the show is done you will not want to be anywhere else.