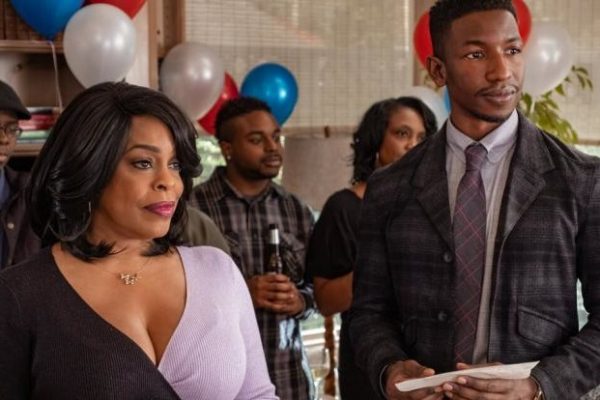 A palette cleansing film which deserves to be savoured

On the subject of wine, The United States not only seems intent on procuring a namesake for their product, but American cinema too has a steadily dripping reserve of films where vineyards sit as a central theme. For every Bottle Shock or Sideways, which take a predominately middle-class approach, there has been little in the blend of wine culture into black communities, so it’s time for a shake-up in the form of Prentice Penny’s feature debut Uncorked.

In a competent challenge of preconceptions surrounding a black man’s (Elijah) relationship with his father, primarily as their aspirations clash, Penny’s script subverts a traditionally bleak narrative where the context of race is present but underlying. Uncorked focuses on Elijah’s determination in becoming a sommelier, no small feat given the intricate examinations, costs and his father Louis’ disapproval. Disapproval which stems, not from ignorance or misunderstanding, but from a man who places his entire being into a staple of the community.

It isn’t difficult to understand why Elijah wouldn’t wish to disappoint Courtney Vance, who exudes charm throughout Uncorked as Elijah’s father Louis. Helping to balance the extreme expectations placed on his son, his position within the story reflects the importance of food culture, especially at the heart of communities. Vance carries weight to what could easily have been an antagonistic role, conveying Louis’ reasons for maintaining the restaurant and sacrificing his dreams, all with a degree of humour, calmness and excellent repartee with Niecy Nash as wife Sylvia.

Now, on the whole, Uncorked is remarkably straight-forward, with little in the way of complex narrative techniques or cheap dramatic tricks. Carrying the film is Mamoudou Athie as Elijah, a young man who grinds against the groove of the men in his family and has little desire to run the Smokestack restaurant his father, and fathers before him have operated. Elijah has ambitions, but Athie maintains an earthiness in the role. He forges chemistry with each actor, and a relatability with the audience, regardless of their background or goals.

In a standout performance, driving a substantial portion of the films warmth, Niecy Nash captures the soul of Uncorked as Sylvia; a vivacious force who is criminally underused, particularly in the film’s latter third. A survivor of cancer, her remission forces Louis and Elijah’s reconciliation, and completes her story-arc as she strives to teach both of the men in her life one final, heartfelt lesson; reminding them that in the pursuit of ambition, never to forget to check on those we leave behind.

Uncorked is as much a foodie film as it is a wine flick, with Elliot Davis’ cinematography agitating the tastebuds. As shots slow, Davis highlights the simplicity of life’s pleasures, with a steadfast focus on the smoking meats or colour contrasts of deep-bodied Merlots, against the pure, almost crystal clarity of a young Riesling. This is Uncorked’s strength, focusing on life, rather than politics. Much which can be read into Uncorked’s meta is from the audience’s mindset, with only minor pushes on commentary surrounding the elitism of wine, or the predominately white hiring of sommeliers.

Penny’s Uncorked is precisely the change of pace many will welcome, refusing to inject false pretence or overt emotion. Uncorked, for lack of a less pun-fuelled description, requires savouring. It thrives on time, slowly allowing the story to breathe and bolster its cast who, able to inhabit their personas, give dimension to most roles, with only the occasional side-character feeling contrived. A palette cleanser, there are notes of tenderness, but for those expecting melodrama or lacerating commentary, a sour taste is left in the last mouthful.