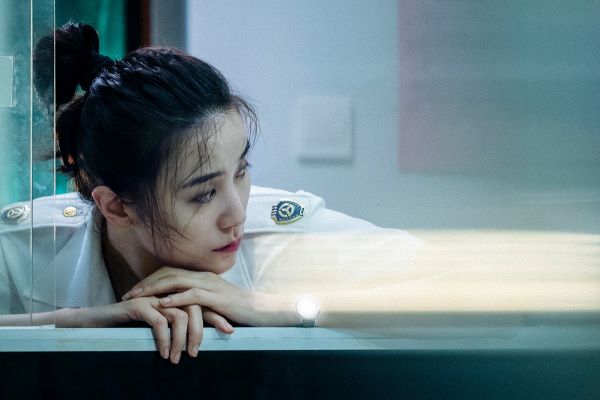 Back to the Wharf

Back to the Wharf follows former star-student turned escaped convict Song Hao (Zhang Yu) who returns to his hometown fifteen years after fleeing in the wake of committing murder. Upon his return, Hao is haunted by both his guilt and memories of the past, ultimately becoming embroiled in a scheme involving the daughter of his victim at the behest of his former best friend Li Tang, who secretly knows the truth of that fateful night.

There are a number of dramatic elements at work here; corruption, cover-ups, and that should accumulate to a solid production. Unfortunately much of the drama is lost due to pacing issues and a bloated second-act that derails much of the plot and leaves the actual plot feeling rushed.

There’s a great deal riding on the eventual reunion between Tang and Hao, and there’s the potential from some brilliant tension to be built, but it just never really comes to fruition. This is primarily because director Li Xiaofeng spends too much time focusing on Song Hao’s attempts to reconcile his life, in particular his blooming relationship with former classmate Pan Xiaoshuang (Song Jia).

The performances are undoubtedly strong, especially Song, who is arguably the standout of the cast, bringing a much-needed charm to the role of Xiaoshuang through her drunken karaoke and spirited attempts to alleviate Song Hao’s misery, but it just isn’t enough.

While certainly integral to establishing the eventual tragedy; by leaning so heavily on these interactions it means that the film meanders for quite some time without any real sense of plot. Moreover, the more crucial interactions feel almost forgotten. This extends to the point where It’s not until the final thirty minutes that the film really comes together, and even then it feels overly contrived through loosely connected elements.

It’s a shame too because between Back to the Wharf’s dour setting of almost never-ending rain and its brooding soundtrack, the film oozes with its noir-inspired elements.  Somewhere within the film’s trappings are the bones of something great, and Li clearly wants to make a comment about China’s rapid modernisation and a refusal to sacrifice honour and family in change for it. Sadly a lack of focus means that the entire project falls a bit too short.