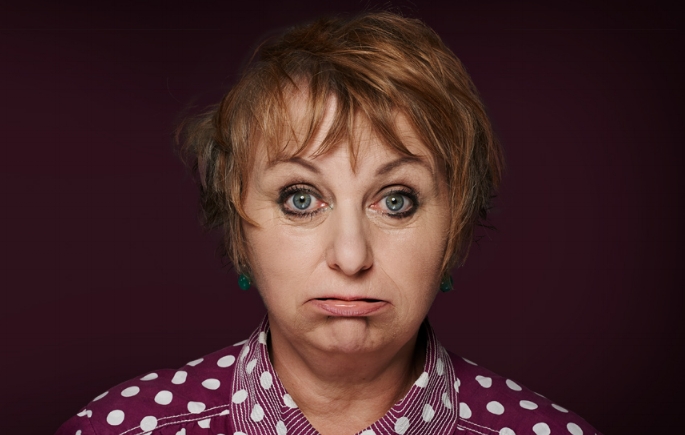 Engaging performer interprets her life's journey through the eyes of her younger self.

Moments of hilarity with uneven structure.

Charmian Hughes has a warmth and confidence that draws the audience into a self-deprecating set involving stories of “middle age”, marriage and having an older mother.  This material is book-ended by the comic device of Hughes meeting her younger self and bestowing much needed advice at crucial life junctures.  These conversations are intended to impart the worldly wisdom from which our younger selves would have benefited, and provide a modicum of insight into a life lived.

Hughes’ material is well-written and received as she recounts her life in Harpenden as a younger sister of a “princess” with a yearning for ponies and propensity to write.  She presents an old story from her childhood which appears to involve horses and a child’s interpretation of the Chinese people and language coupled, with some ill-advised attempts at a fake-Mandarin accent.  Any trepidation in this moment is mitigated by Hughes insistence that she is merely describing her nascent yet stifled creativity.

The faux time-travel device continues throughout the hour as Hughes handles the varied concerns of an earnest child, anxious teen and politically confused twenty-three year old.  She addresses her longing for a brother’s friend by explaining that she recently met his wife who told her husband of her infatuation.  Upon hearing that he actually lusted after her sister she argues that people do not change, and cites the example of her childhood friends reverting to their older archetypes for a sixtieth birthday gathering as evidence of such.

The stories and jokes are more successful than the conversations with a younger self but it is an understandable structural choice which provides a useful skeleton on which to hang the material. Hughes is excellent company but she could benefit from focusing on the well-written gags and elaborating on her interesting life which would generate mirth a plenty.