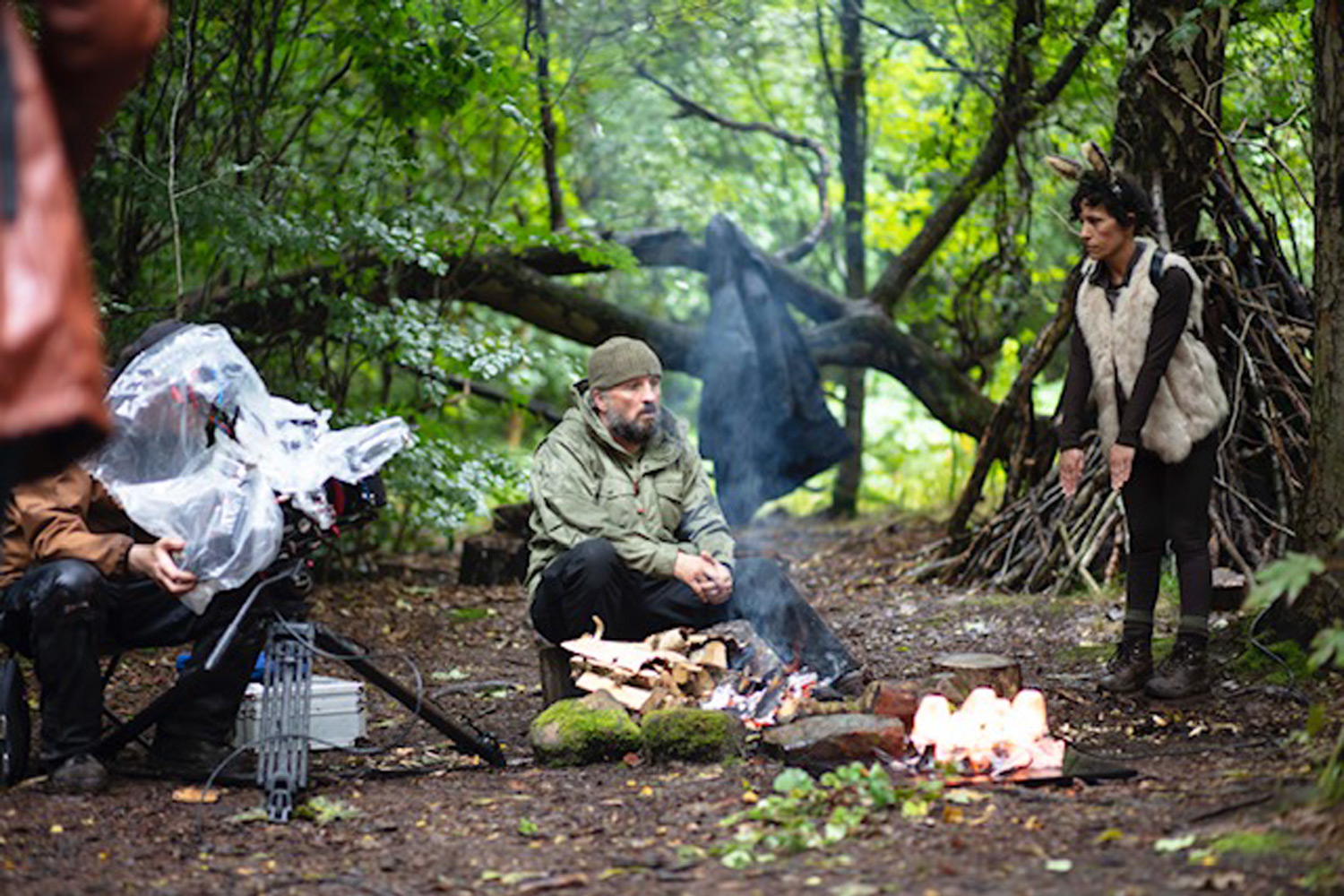 Magical production in the grounds of Newhailes House from site-specific experts, Grid Iron

Doppler is fed up of the rat race. His relationship with his wife has become perfunctory at best. His children tolerate him. When his dad dies suddenly, he wonders whether there is more to life – or specifically, in fact, whether there should be less. So he takes off to the forest to find out. And this is where we find him, living in a makeshift shack, surviving on berries, trying to ferret out some sense of meaning in his universe.

You’ll find Doppler in surely this Fringe‘s most magical venue. A wooded glade, tucked away past the Shell Grotto in the beautiful grounds of the National Trust for Scotland’s Newhailes House (there’s a handy map that helps you find the show’s precise location here). You’re outdoors throughout so you might want to take a wee jersey but the company have made satisfying efforts to keep everyone safe. We’re seated on (cushioned) tree trunks. And an elk wanders into view.

Local site-specific theatre company Grid Iron had intended to share the production with a live audience last Fringe and then the pandemic got in the way. A fascinating documentary explores their forlorn endeavour – more on that here. So it feels extra special to be sharing the show first-hand, IRL, this August.

Ben Harrison‘s adaptation of the popular satirical Swedish novel is funny, thought-provoking and deftly, adroitly sketched. And hot on the heels of the pandemic-induced isolation, it feels extra poignant. It’s a polemic against capitalism, acquisition, superficial success. But Doppler’s quest to absorb himself into nature, its rhythms and its peace (when people aren’t getting in the way) is a timely reflection on the role we could and should be playing to support rather than thwart the planet we live on.

In some ways, this is a daft story but the stoic sincerity of the cast makes it magnificent. Keith Fleming is wholly believable as the long-suffering Doppler who somehow manages to maintain the audience’s empathy and even sympathy in the face of some strong challenges thrown up by the storyline. Sean Hay as Doppler’s eccentric nearest neighbour and handy source of Toblerone is particularly fetching when appearing also as Doppler’s four year old son. Chloe-Ann Tyler is magnetic as the shy young elk befriended by Doppler in the forest and haughtily disdainful as his long-suffering, insufferable wife. Live sound effects and beautifully ethereal music is provided by Nik Paget-Tomlinson and captivating puppetry courtesy of Fergus Dunnet.

Getting hold of a ticket for this production will be no mean feat. There are a few left across the run and Grid Iron ask you to check the Fringe website, their Twitter feed and Facebook account for details of any new releases.  Whether you’re seeking a re-introduction to theatre post-pandemic, whether you’re a fan of site-specific theatre or whether you just have a hankering for a fascinating live show, you’re unlikely to regret making the effort.

Trigger warning: there are several references to suicide and some strong language in this production.