As part of Glasgow Film Festival

Something has gone awry when the most memorable facet of a feature film is its sound design. Cinema is, primarily, a visual medium and no amount of sonic skill can amend a film which is deeply unsatisfying. It’s as hollow as the countless bullet shells the characters fire off.

Notwithstanding being shot in Brighton, the film is set in an unnamed American city on an unidentified 1970’s night as two groups of criminal entrepreneurs meet to sell/buy a cache of guns in a derelict factory. When an altercation interrupts business all hell breaks loose and both sides engage in a shoot out until only one person is left standing.

The greatest problem with Free Fire is its threadbare premise. The lack of real substance leaves the audience wanting and ensures the second act collapses under its lack of development. It soon becomes uncomfortably numb watching terrible marksmen shoot it out. The stabs at moribund humour and satirical subtext do little to alleviate the tedium.

Wheatley’s script, with long term writing and editing collaborator Amy Jump, is desperate to imbue itself with a sense of greater importance than narrative and genre play. Despite its allusions to broader political complexities (Irish Republicans are there to buy guns for the struggle back home, South Africans are there to sell them, and a Black Panther is there to cash in on white corporate America, provided his colleagues “keep their shit together”) the characters remain vague and incomplete. The cloak of self-consciousness which hangs over the film eventually smothers them all.

Half way through the film shifts gear from miscommunication, established by the inciting incident, the multiculturalism and myriad of accents,  to communication. When a telephone is identified in an office it becomes the primary motivation of all the characters; whoever can reach it first will call for back up. Had the film been set in the modern era mobile telephones would have ensured a swift resolution or possibly only a short film.

Despite Martin Scorsese functioning as Executive Producer it’s not the major calling card that it should be. The dirty fingerprints of Scorsese’s 1970’s work can be found all over the film and given Wheatley’s open admiration of Marty its not surprising. But this needs to be more than a fanboy homage and if Wheatley’s characters initially aspire to a higher moral/revolutionary calling than simply collecting the weekly Numbers they need better directions.

Any joy in the film is left to regular director of photography Laurie Rose to deliver. His camera is perversely attracted to chaos, foul language and close ups of bloodshed. It provides objective god’s eye aerial views to establish the film, as if being a voyeur is both exciting and a privilege, even when the denouement is passive and pointless. Much of the film features men crawling around in rubble and as the film progresses the camera moves ever closer to the ground foregrounding the futility of the characters and their destiny with dirt.

The final act does offer some reprieve – slow unavoidable death by a runaway van turning in circles is amusing as is the pay-off to a long running gag which reveals what was once made in the factory. The final solution, which sadly relies on a Deus ex machina, is reminiscent of Tarantino, even if it’s more of an east Sussex than Mexican stand off. Its quasi feminist aspirations are smart but the cliffhanger final frame is even smarter, because it silences any accusations of social engineering the cinematic space. 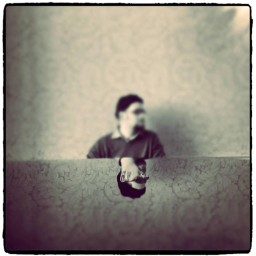