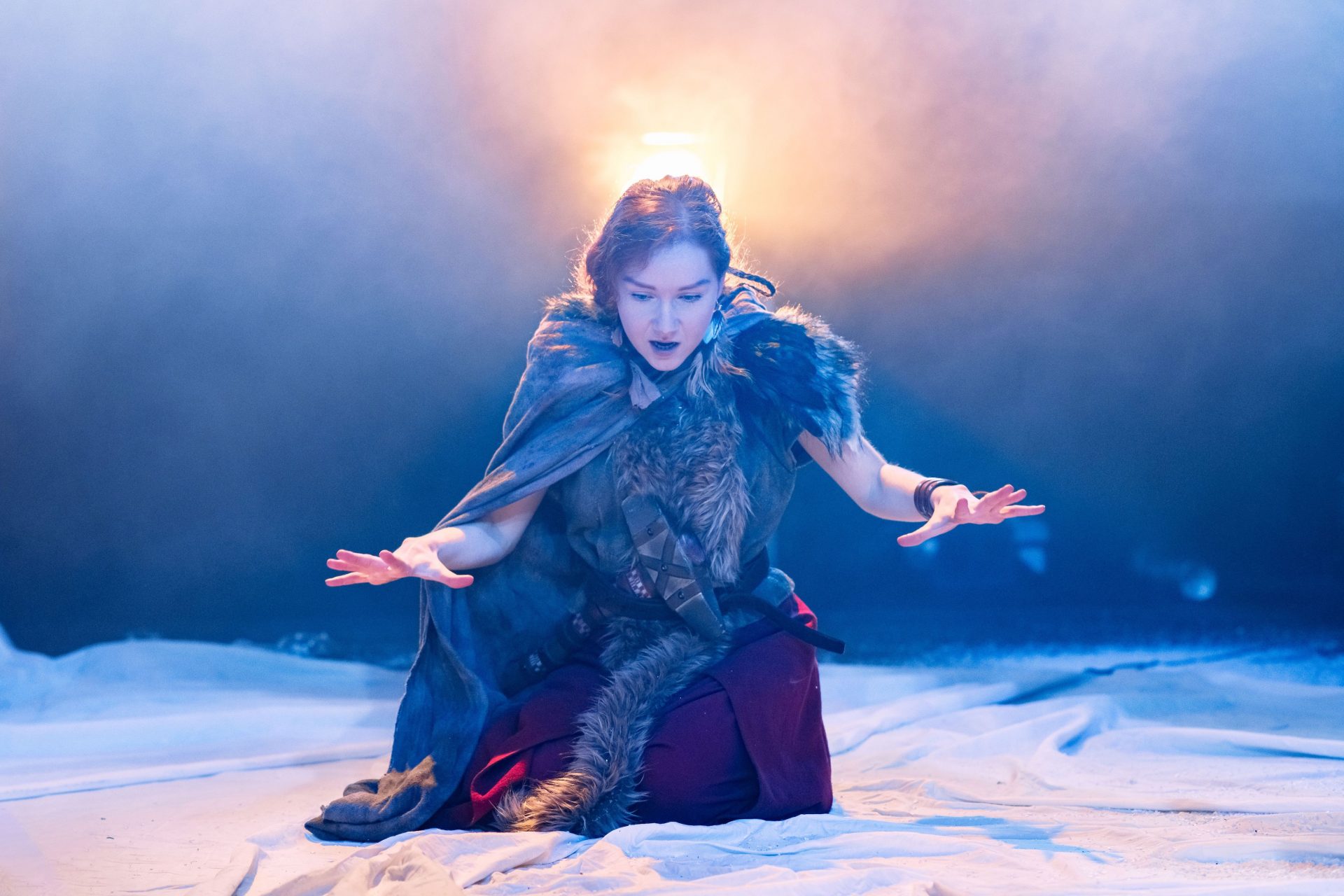 We’ve known for a while now that Christmas was going to be a little different this year. Despite the early promise of relaxed restrictions over the festive period, rising COVID rates and the emergence of a new virus strain in the UK have dashed many people’s hopes for Christmas cheer and joy over the holidays. And yet, in spite of all that has happened this year, the Lyceum in Edinburgh has managed to save the lost festive spirit through their Lyceum Christmas Tales.

Commissioned by directors Zinnie Harris and Wils Wilson, this 12-part series of short, family-friendly stories by Scottish writers concluded last week with live performances of the final four tales. Suitable for all the family, each tale is filled with childlike wonder, while also having their own share of nuance, mystery and magic.

The first tale of the evening is The Christmas Ghost, written by Louise Ironside and performed by Ryan Hunter. In the week leading up to Christmas, young Davie finds himself unnerved by the appearance of a blue-lipped girl named Ella, who he’s convinced is a ghost. Cooped up in their Edinburgh flat – unable to leave because of “the sickness” in the city – Davie and Granny Bell gradually get used to their new guest. Ironside’s tale is the only one of the four to address the current pandemic, yet as the story unfolds, we are reminded that Scotland – and indeed the world – has experienced similar contagions in the past and overcome them. Moreover, The Christmas Ghost is a timely story about loneliness, friendship, and what makes us feel alive. It ends with a heart-warming scene in Princes Street Gardens, made all the more beautiful by Tom Piper’s set design and Oğuz Kaplangı’s soft musical accompaniment.

After a musical interlude featuring mesmerising vocals from Kirsty Findlay – who we will see again later – Jackie Kay’s Christmas with Angela Davis begins. Helen Katamba plays a young Jackie who, in spite of her father’s communist teachings, wants to indulge in all the trimmings of the “capitalist invention” that is Christmas. Katamba’s Jackie is a young girl who is bursting with excitement one minute, then pensive about the incarcerated Angela Davis – her best friend – the next. The magical Christmas Eve conjured by Kay comes alive in Katamba’s expressive performance, and there is something truly enchanting in the way the camera operators (Kirstin McMahon and Jimmy O’Shea) hold focus on Katamba’s face, which is surrounded by unfocused glow of Christmas lights in the background.

Act Two begins with The Returning of the Light by Lynda Radley, where we meet Findlay once again, this time in the role of Sorcha. When the sun fails to appear after her tribe’s winter solstice celebrations, Sorcha goes on a mission to find the Cailleach, who she believes is responsible for the endless winter. Not only is Radley’s tale the most dramatic of the tales performed here, it’s also the most visually stunning. The mystery of the forest is beautifully presented again by Piper through smoky mist and hanging white drapes in the guise of snow-covered trees, which are complimented by Kate Bonney and Simon Wilkinson’s exquisite lighting design. Findlay herself does a wonderful job in portraying both Sorcha’s vulnerability and bravery as she encounters the wonders of the forest.

After a musical performance by Hunter and Kaplangı, the final tale of the evening is A Cold Snap by Shona Reppe. Irene Allan plays a Carol who has no interest in being Christmassy. Thanks to an unwanted guest, however, Carol finds Christmas invading her home in a myriad of fun and unusual ways. It’s a silly, chaotic, and prop-tastic piece of storytelling that is full of creativity and joy, and the perfect way to end the evening.

Harris, Wilson, and assistant director Andrea Cabrera Luna have created something truly special in the curation of this series of Christmas tales. While they are light-hearted pieces of festive entertainment – offering a small window of escapism – there is so much more to the stories under the surface. Each of the four tales performed live  capture an aspect of life in 2020 that many of us will have experienced – whether it be loneliness, the desire to reunite with loved ones, or even the fear that the light may never return. In pairing these worries with stories of joy and magic, the writers behind the Lyceum Christmas Tales remind us of the magic of storytelling and give us all hope for the future.