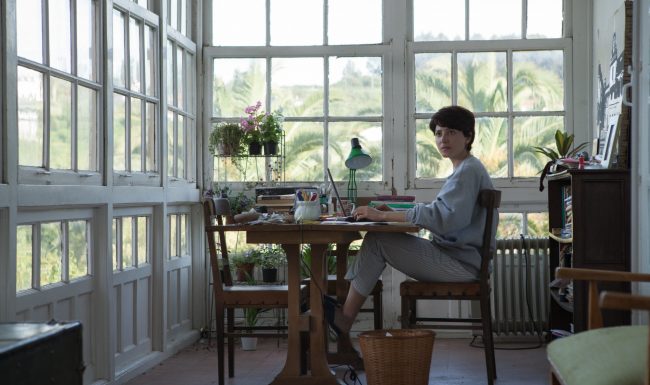 Maria (And Everybody Else)

This subtle yet engaging comedy-drama chronicles the problems faced by thirty-something Maria (Barbara Lennie), when her life is turned upside down by the announcement that her father, whom she has been caring for, is to marry his nurse Cachita (Marina Skell). This revelation is not the only aspect of Maria’s life that frustrates her, with her attempts to kickstart her career as an author falling on the deaf ears of her publisher and her relationship with Dani (Julian Villagran) proving to be more superficial than she thought.

Whilst first-time director Reguera does include some lighter moments in Maria’s life, such as the fantasies of becoming a successful author, her main focus is on the more serious aspects of Maria’s relationships with others. She doesn’t make these crucial moments in Maria’s life overly dramatic, instead opting for more a subtle and realistic portrayal which prevent the film from being inflated into a melodrama. For example, the marginalisation of Maria by the rest of her family is shown through their attitudes towards her during their family meals together – Maria’s cooking is playfully criticised and she is largely viewed as not having a life of her own outside of caring for their father.

Maria’s frosty relationship with Cachita is another issue that Reguera uses to great effect, with the two women disagreeing over wedding plans and Maria discovering that her things are being moved out of the house she shares with her father. Maria’s relationship with Dani is also shown to be uneasy, with Dani revealed to being unwilling t0 take their relationship a step further by allowing Maria to meet his young daughters, preferring to keep their relationship purely sexual.

Whilst Reguera’s direction and script help to convincingly portray Maria’s situation, the film wouldn’t work if not for the versatile performance of Lennie. She initially portrays Maria as happy with her life, balancing looking after her father with her work at a publisher/bookstore and her relationships with her friends and Dani. Lennie also displays great comic timing in Maria’s fantasies, including one particularly funny scene involving a wedding dress.

However, Lennie also skilfully displays Maria’s growing frustration, upset and resentment with her treatment from her family. Specifically, her handling of the climactic beach scene, where Maria’s frustrations with her family come to the surface and her relationship with Cachita is tested by an near-fatal incident, allows the character to display a multitude of emotions in a short space of time without it seeming artificial or overly mannered.

Maria (And Everybody Else) is a funny yet moving look at the frustrations of being an adult without the stable, settled life of your peers, with an inspired leading performance from Barbara Lennie. Reguera manages not to make the narrative overly comedic or dramatic, which presents a more realistic depiction of what for many adults is an increasingly relatable situation.