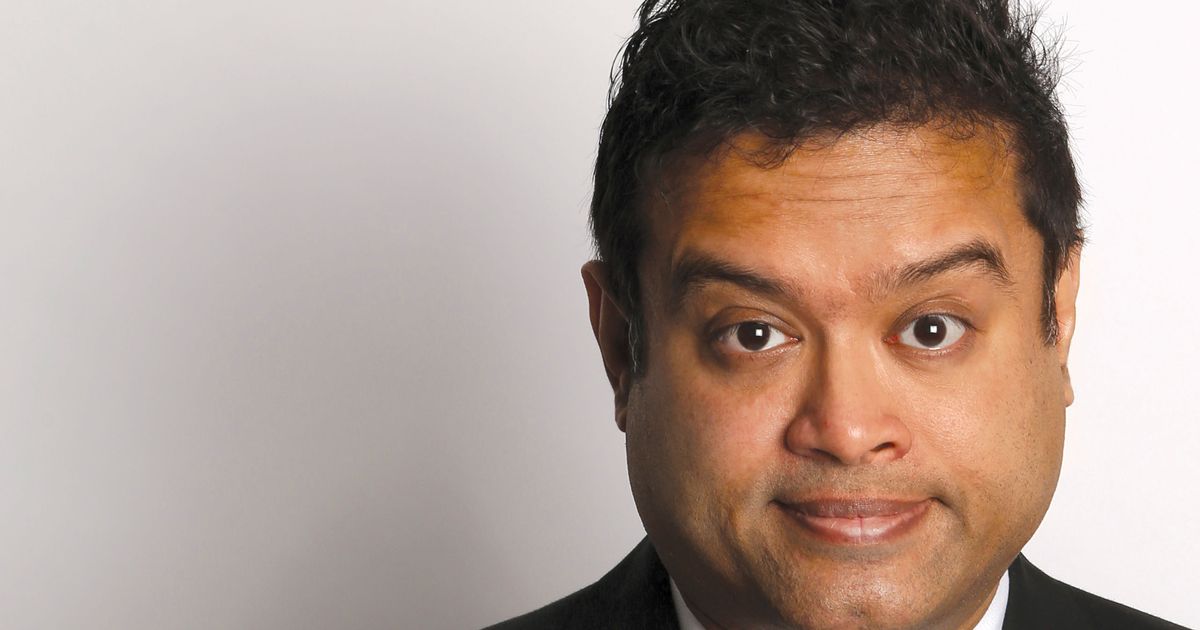 Paul Sinha, stand-up comic and star of ITV’s The Chase, fears he might be getting on a bit. The theme of The Two Ages of Man is Sinha’s apprehension about the ageing process as he, at 47, is beginning to encounter the health trials and alienation from popular culture that accompany the onset of middle age.

Fittingly, Sinha’s act bears many of the more positive qualities associated with gaining maturity – it’s thoughtful, often wise, and is carefully organised and balanced. The show is given added sophistication by some intentionally “high-brow” (but accessible) references, such as to Socrates and Shakespeare – the show’s title is a reference to the famous “seven ages of man” speech in As You Like It. Sinha proposes that, contrary to Shakespeare’s day, there are now, in fact, only two “ages of man”, which he summarises thus: “on the way up… then on the way out.”

Another Shakespeare reference he employs is Falstaff’s assertion that “the better part of valour is discretion”, a sentiment which gains renewed power when applied by Sinha to several real-life, family situations where full honesty is neither helpful nor desirable. In this section, Sinha successfully counters the ubiquitous modern refrain: “I just tell it as I see it!” Perhaps he is missing a trick by not also including here the line from Tennessee Williams: “all cruel people describe themselves as paragons of frankness.”

Prestige and status are complex issues for Sinha. His self-deprecating sections about his own dual existence as a trained doctor, noted intellect and the star of a popular TV programme versus the unglamorous nature of some of his job offers are among the most engaging and successful sections of the show. There’s a self-awareness in some of the anecdotes that is pleasing, even though this is not always matched by his presentation. For an experienced performer, Sinha can come across as a little inexpressive and his delivery is not always as fluent and assured as might be expected.

Sinha’s comedy is enjoyable, self-effacing and inoffensive. Some expertly executed callbacks elicit positive responses from the audience. However, it sometimes feels a little lukewarm and occasionally somewhat dated. This is either utterly appropriate or deeply ironic – the extent to which it is intentional thematic development is unclear.  An observation about Andrew Lincoln’s character in Love, Actually exhibiting stalking behaviour is accurate and amusing, but really quite unoriginal. A joke about fancying someone “even though” they’re ginger feels particularly passé. The biggest laugh occurs when the audience shows knowledge of an internet meme from fourteen years ago that Sinha claims to be unfamiliar with. As evidence of the sincerity of the show’s premise, this works… as comedy, it’s middling. Sinha touches on issues such as sexual assault, the trials of coming out and identity politics in a way that is amusing and generally crowd-pleasing, but it is not ground-breaking and ultimately, a bit anodyne.

For edgy comedy, look elsewhere. For a diverting hour of endearing anecdotes and a steady stream of chuckles from the audience, The Sinnerman remains a safe bet.