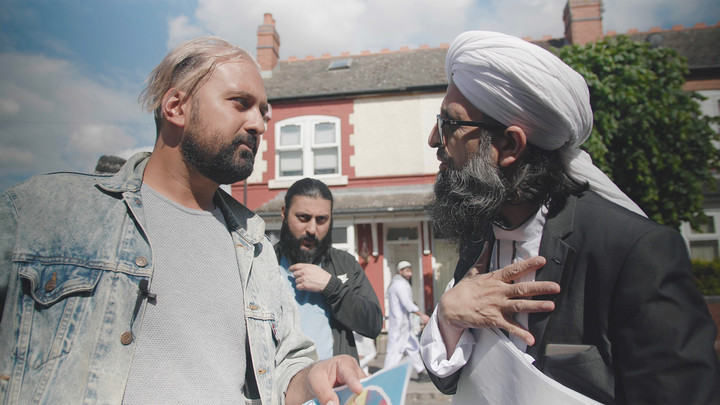 Documentary spotlights the experience of queer people of colour

The jumping off-point for Rainbow Films documentary Pride and Protest is the Birmingham anti-LGBTQ protests outside primary schools last year. Some parents from the Muslim community rejected requirements of the new curriculum to teach young people about the existence of various sexualities and relationships and garnered mass media attention through their militant campaign and even refusal to send their children to school over the matter. Pride and Protest presents us with a counter-balance to this, giving voice to queer people of colour who feel they need to be heard.

The Birmingham protest footage is tough to watch. Angry parents scream into megaphones and are vitriolic and dismissive towards counter-campaigners, unwilling to engage in reasoned conversation. However, these opening scenes are only a foundation from which a wider discussion grows. Filmmaker Blaise Singh interviews QPOC from around the UK, listening to their impressions of inclusivity in the LGBTQ community, representation of queer colour in media, and the everyday discrimination they are subject to.

What’s wonderful to see is the number of events being birthed to celebrate QPOC pride. Simultaneously, it is of course saddening that these events are still needed. The film documents events like Birmingham Pride, London Pride, Bi Pride, and an LGBTQ Bollywood club night at the Tate Modern along with others (mostly very London-centric, notably). Each of them exists because their participants feel they are under-represented, mistreated and ignored. Interviewees discuss abusive experiences in public and police mistreatment. However, one of the most alarming elements that the film spotlights is prejudice within the LGBTQ community itself. Several people in the film refer to discrimination when dating or on the queer scene. It’s another facet to the filmmakers’ reasons to create Rainbow Films in the first place.

Pride and Protest culminates in scenes at Black Pride 2019, showcasing the exuberance and unity of the event. It’s a fitting summary to the film, encapsulating the central message: protest against bigotry is still, unfortunately, necessary, but is powerful and can ignite hope and change.

Screening as part of SQIFF 2020