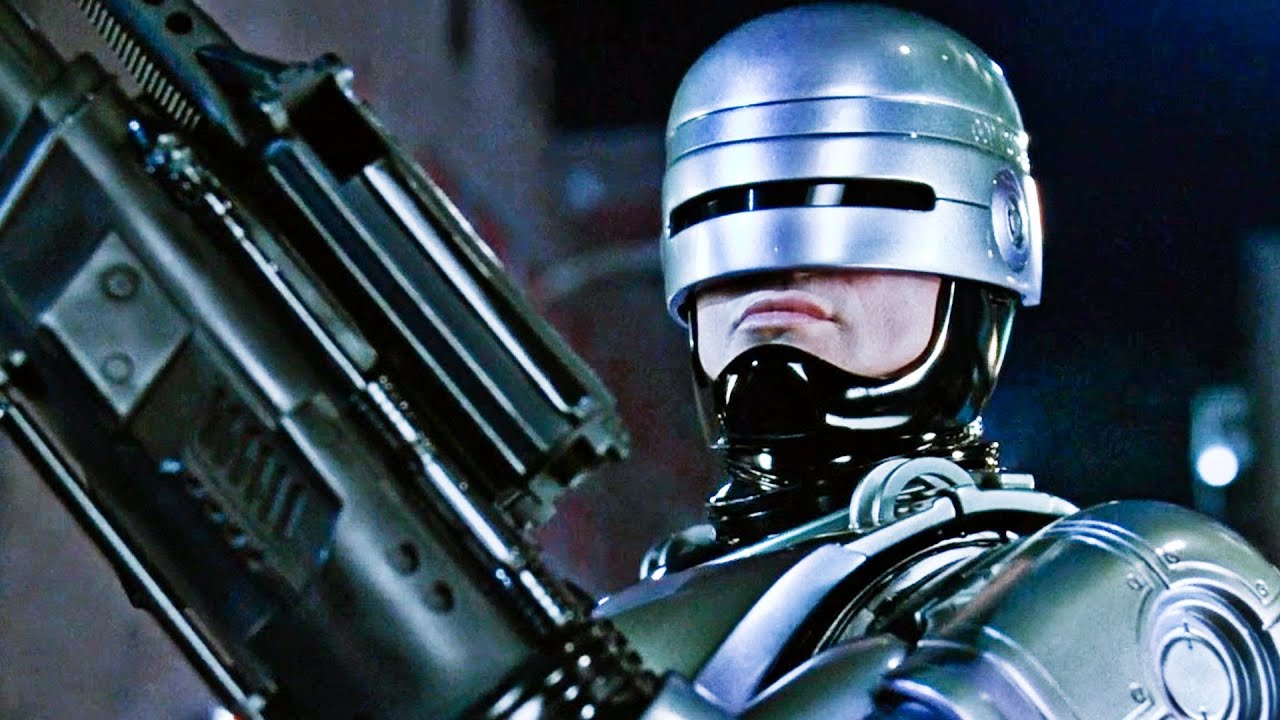 Superior satire of privatisation of public services with a seminal score

Amiable policeman Alex Murphy, played by Peter Weller, moves his family to the big city to start a new job. Unfortunately, things go catastrophically wrong, which leads to loss of job, family and body. This bleak and facile alternate summary of Robocop fails to highlight the sheer fun and mayhem contained in Edward Neumeier and Michael Miner’s endlessly quotable script, but highlights Paul Verhoeven’s ability to elevate the source material into something more than a cyber-Frankenstein re-tread.

Robocop confidently strides into its third decade buoyed by a litany of fresh interpretations encompassing trans-theory and identity politics, as well as the observation that the entire screenplay can be viewed as a chiasmus that reflects the perfect symmetry of scenes. The good old-fashioned corporate greed and neo-liberalism critiques now seem to pale in comparison.

What is less well remembered is the very impressive script structure detailing a first act set-up, second act development of character and third act redemption. The script also manages to handle Murphy’s backstory reveal, which reinforces the theme of familial loss and serves as the trigger for Murphy to break his programming.

Rob Bottin’s creation is still believable as an approximation of a contemporary Frankenstein. Peter Weller’s investment in the character’s predicament is reflected in his tragic performance as an empty shell made hollow by casual yet breathtakingly brutal violence. The supporting cast doesn’t disappoint either, as Kurtwood Smith’s portrayal of Clarence Boddicker as a scumbag’s scumbag who slithers through scenes with an unearned swagger and cartoon confidence making him arguably the most memorable villain to ever grace a video shelf.

Aside from the near unwatchable and intentionally Christ-like crucifixion with bullets scene, there are numerous memorable moments, nearly all of which involve death and destruction. Paul Verhoeven’s Hollywood debut still features one of the most effective on-screen squibbenings, together with several other nauseating practical effects, but it is his blatant critique of Reaganomics and associated privatisation of public services delivered in such an operatic and caricatured manner that redefines what was possible in the action genre.

This polarising tone serves to distinguish Robocop from its imitators, and together with its potential for re-evaluation, is the reason why it should be held in higher esteem than the badly over-rated The Terminator. Robocop is about so much more than a cop being turned into a machine: it is about what it means to be human and what defines humanity. It is no surprise that James Cameron‘s vision of a world ravaged with little hope for salvation points its finger at the tech, whereas Verhoeven understands that humanity’s greatest threat is itself.

Available on Blu-Ray from 25th Nov