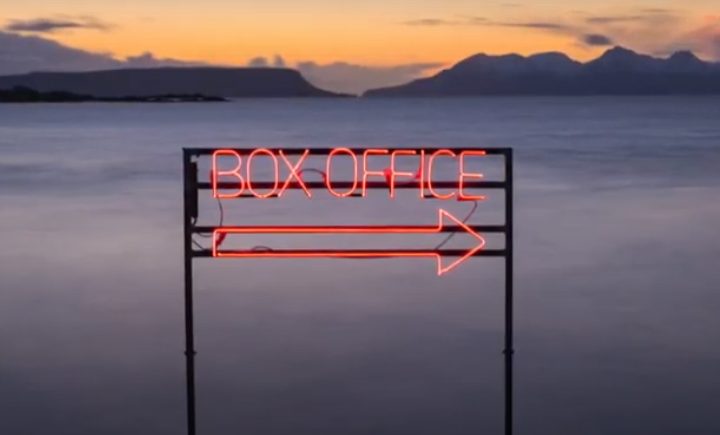 Following the successful launch of Scenes for Survival on 27 May, the National Theatre of Scotland in collaboration with BBC Scotland have matched the high standard of its first six scenes with an excellent trio of monologues for us to enjoy.

Week two’s first offering is an extract of Gerda Stevenson‘s play, Skeleton Wumman. The first piece to experiment with visual effects and music, it takes us below the surface to the underwater realm of the fabled Skeleton Wumman. With a sea green velvet background and lights that resemble rippling water, actor Amy Conachan captivates us with Stevenson’s lyrical script, telling us of the life she once knew “up there” and the life she has come to accept “down here”. The simple yet effective use of lighting and music perfectly matches the tone of Conachan’s words, the more sinister moments accentuated by the eerie score and lighting changes. As with Jonathan Watson’s extract from Fibres, Skeleton Wumman is an excellent showcase of pre-lockdown Scottish theatre, and is sure to have viewers eager to know whether the play will return to the stage in the future.

Next up is Fatbaws. A stroke of genius from start to finish, Douglas Maxwell’s short sees actor Peter Mullan sparring with a jackdaw in his back garden. Another scene that experiments with the video format, Mullan records the piece using his phone, changing the camera angle as he transforms into the tough wee bird that is none too happy about Mullan’s change in bird feed. The strong Glaswegian accent that comes out of the jackdaw’s mouth is pure dead brilliant – it’s no surprise that Mullan’s character is intimidated by the small creature. The altercation between man and beast is perfection, ending with a deliciously twisted ending that will have you chucking for a long time after.

Rounding off the week is The Domestic, written by Uma Nada-Rajah – a playwright who has been working as a nurse throughout lockdown. Though it’s the first scene to take place in a hospital, its subjects are not those fighting the virus. Rather, it’s the other patients who find themselves in acute wards, along with the domestic staff who see countless patients come and go. Such a patient is Kristi MacDonald’s character, a young woman who finds herself in hospital after a failed suicide attempt. It’s a largely melancholic piece, subdued in its tone and the exhaustion permeating MacDonald’s voice. The feeling of helplessness, of having “nothing to fight for” is difficult to hear – yet it’s a feeling many people find themselves experiencing (and not just during a global pandemic). Despite her circumstances, life is injected in MacDonald and her young character through the entrance of “the domestic”, a hospital cleaner who has come onto the ward. The warmth in MacDonald’s voice as she remembers the cleaning lady is uplifting, and her recollection of the woman’s compassion and small acts of kindness sparks a change in the young woman and a will to help others. It’s a touching end to the week’s scenes, and an understated thank you to those working alongside doctors and nurses on the front lines.

Scenes for Survival continues to offer both comfort and an escape to viewers during the lockdown. With many more scenes still to come, it’s exciting to wonder who and what we’ll be seeing next.