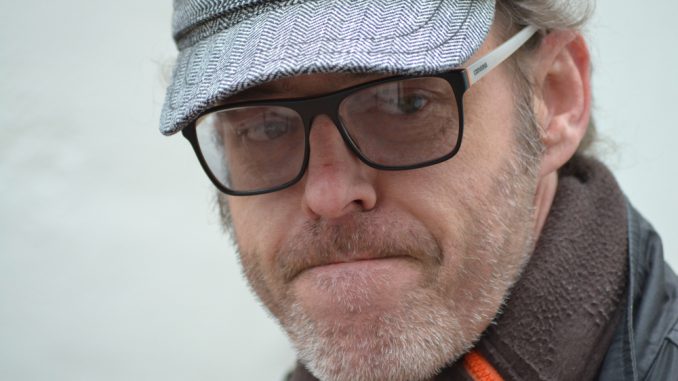 ‘Last year, some of the reviews said I was too slick,’ jokes Seymour Mace. He is currently trying to wrestle one of his resolutely lo-fi, homemade props from its box. At a Fringe characterised this year by slick, multimedia-savvy productions, it’s actually refreshing to have a bit of higgledy-piggledy carnage, and Mace duly obliges.

As with last year’s surprise nomination in last year’s Comedy Awards, Niche as Fuck, Mace’s show is a ramshackle, anarchic jumble of elements. There’s an aggressively-worded version of The Generation Game filtered through a Shooting Stars prism. There are nods back to his clowning roots. There are suicidal cuddly toys. There are costume changes galore.

Shit Title, while being relentlessly entertaining in its skewed silliness, is also laced with melancholy. The tears of the clown is a standard trope, but Mace’s referral to his struggles with loneliness and depression adds a layer of poignancy and discomfort to his stand-up. Our Tyneside Pagliacci incorporates it into his act through a recreation of his year since last Fringe, and his anxiety over topping last year’s set piece in which he leaned out of a window dressed as Ebenezer Scrooge and instructed befuddled passers-by to purchase him a turkey.

With this dimension apparent, it’s evident that this show exists due partly to an existential desperation about its own creation; like its seeming whimsy is masking something much darker. We’re not entirely sure we aren’t watching a man unravel before our very eyes. It’s as disquieting and worrying as it is thrilling; like seeing a guy in a hi-vis vest waving frantically just as the roller-coaster you’re on begins to dangle over the drop.

Mace is required viewing simply to see what he will do next. The unpredictability is glorious even as he veers towards the disturbing. A thoroughly alarming recreation of his last date is one of the Fringe highlights so far this year. It will also either irredeemably wreck, or heroically salvage Heart’s ‘Alone‘ for the audience.

Not all of it hits the spot, but there is still wild invention evident at each turn of a breakneck hour. It would be lovely to see him build on the unexpected success of last year. A true one-off.