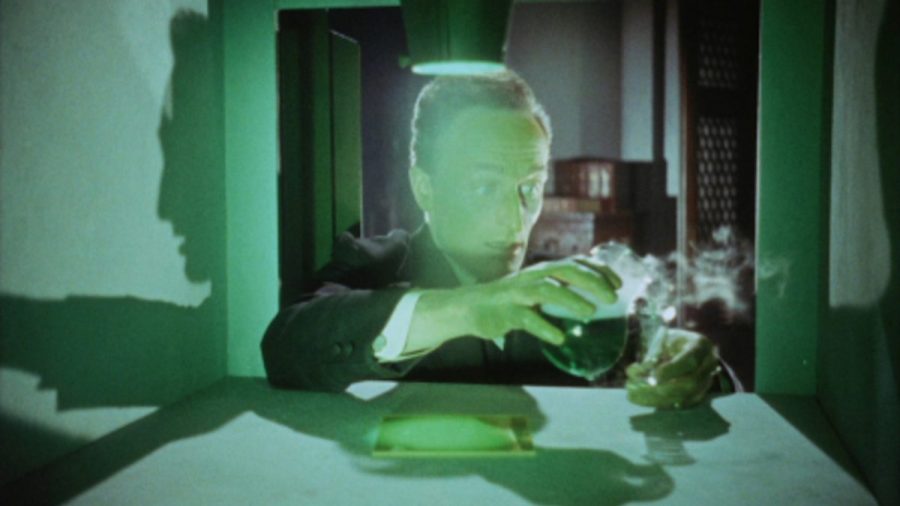 The Man Who Could Cheat Death

[rating:2/5] A curiosity piece from the vaults of Hammer Horror.

Swirling fog, bubbling potions, mad scientists and a hint of sex – that’s right, it’s a Hammer Horror film. This time the fog is located in 19th century Paris, rather than London or the moors, and Christopher Lee plays a hero rather than a be-fanged undead villain, but most of Bray Studios’ Technicolor gothicism remains.

Anton Diffring plays scientist and part time sculptor Georges Bonnet, who has discovered a way to stay perpetually young. With regular replacement of glands and with the help of his colleague Dr Weiss, he has reached the ripe old age of 104. However, to continue Bonnet must replace the glands every 10 years. As the time draws near for his next tune-up, he relies on a serum which has the negative effect of turning him a bit murder-y.

This isn’t a well-known Hammer film and there are reasons. It’s too talky – at times seeming like a lecture in moral philosophy. The “special effects” are hokey even by Hammer standards, mainly provided by the use of a green lightbulb and some equally green makeup, which gives Bonnet a sort of proto-Hulk look. Meanwhile, Differing’s performance is so horrendously stagey and OTT that at times it’s unwatchable.

In contrast to Diffring’s histrionics, Lee carries off his stiff-necked role as a surgeon (and Bonnet’s love rival) well and Hammer favourite Hazel Court adds some sauce in an underwritten part. Probably the most engaging figure in the film, however, is Arnold Marlé as Dr Weiss, who adds an element of old European charm – but you know he’s never going to make to the final reel.

Not as archly gothic as Dracula or The Curse of Frankenstein, or as blood-spattered as later films from the studio, it’s more a curiosity piece than great movie-making and the DVD/Blu-ray is worth purchasing more for the interviews with Kim Newman and Jonathan Rigby, who give some fascinating insights into the film’s history and the Hammer story.

This is one for the Hammer completist rather than the horror fan. Not totally without merit, but not one you absolutely need in your vault.