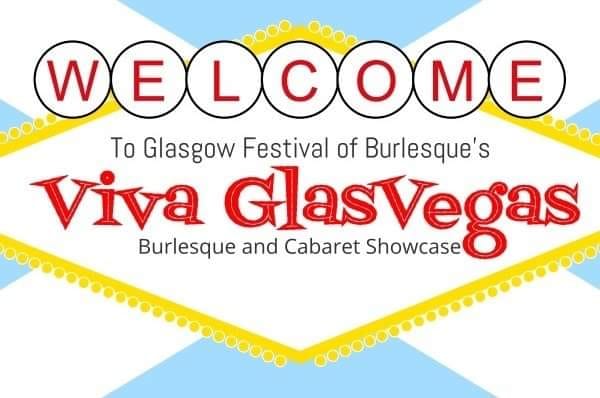 The Glasgow Festival of Burlesque is determined not to let current restrictions stand in their way. Like the Slay at Home Cabaret, they are letting loose with their own kind of homemade variety entertainment. It proves just as entertaining as you could want from a Fringe burlesque show, doing exactly what it says on the satin-draped tin.

Glasgow’s Roxy Stardust hosts with a pleasingly heavy Scottish touch, live from her ‘Stardust chateau’ – otherwise known as “her maw’s hoose.” She introduces each act with the enthusiasm and volume you would hope for, and includes an entertaining lesson on how to make your home feel more like the Fringe, such as sleeping with your suitcase and leaving your makeup on for three straight weeks. It’s sure to throw the audience back to some happy festival memories while you watch, yet again reminding you that online can be great; but even so it’s still not the same.

The first act of the night is Trixie Blue, who kicks off the night with a glamorous, animated showcase played out to the beat of The Champs’ classic ‘Tequila‘. Pre-recorded shows might now have the same sensational edge as live performances, but try telling the performers that. Blue is followed by Andromeda Mystique, a Fringe burlesque legend who performs to a pulsing hard rock soundtrack. The next act to take the virtual stage is Croatia’s Celeste de Moriae, whose decadent extravagance and dance feel amusingly out of place in her cream-coloured kitchen. She proves to be one of the evening’s highlights. Millie Dollar then follows dressed in a rich purple costume that speaks volumes for her star quality.

The penultimate act is Max Scratchmann, known as the Bard of Burlesque. His performance as a priest who has to let go of his clothed sensibilities is unbelievably fun, played more for comedy than anything else. Ebony Silk closes the night with a lavish final set that feels like a nice bridge between burlesque at home and on a stage. Her performance really drives the point home; Viva GlasVegas is the talented, celebratory showcase that manages to give out some badly needed frills and spills.

Viva GlasVegas will have further shows on the 17th and 24th August. While there is not a strict ticket price, Glasgow Festival of Burlesque are accepting donations in exchange for a link to the show here.