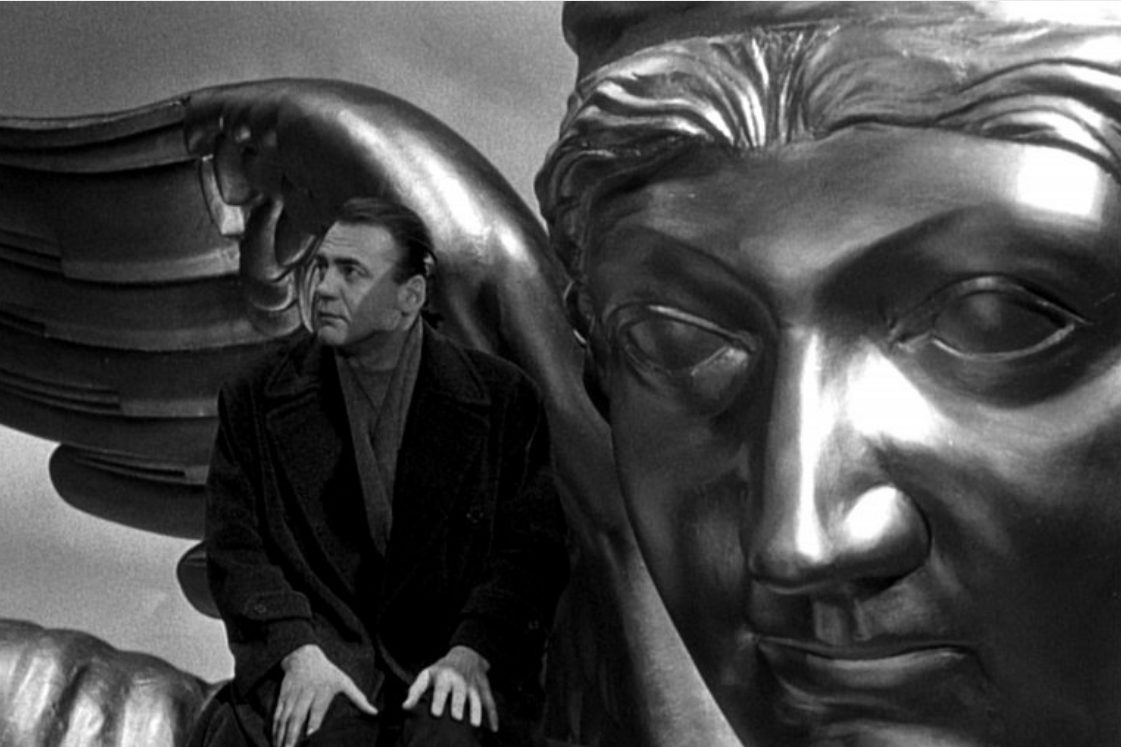 A moment in time, captured in existential wonder

The meaning of life is one of the most vital and also the most tired questions that has ever been played out through the medium of art. But Wim Wenders’ existentialist romance Wings of Desire truly allows that question to saturate its every frame. It’s a boon to the film in some ways that historically it was made and released on the brink of a precipice and, as such, captures in strange ways the final moments of the fragmented split of Post-War Germany before the fall of the Berlin Wall. That happy accident has lent the film a thematic authenticity that enriches it, as well cementing it in an era now passed with the world moved on.

The film begins upon a rooftop as an angel Damiel (Bruno Ganz) looks down upon the city, observing humanity as it idles by. Then onward as he and fellow angel Cassiel (Otto Sander) walk through the streets and buildings unseen, sampling the passing thoughts of those around them, and musing to each other poetically throughout the day. As they do, Damiel speaks more and more of wishing he could join humanity, and know what it means to feel and experience simple, often mundane, pleasures. He begins to fall in love with a trapeze artist from a failing circus (Solveig Dommartin), and longs to find solace in experiencing love.

It’s perhaps unfortunate that the romantic aspect of the film was clumsily remade in 1998 as City of Angels, a film borrowing the better aspects of the story, but losing the poetry and philosophy in facile schmaltz. But in other ways it exemplifies the genius of the original, as there are layers upon layers within Wenders’ film that show on repeated viewings. The appearance of Homer (Curt Bois), reborn as an aging storyteller but still thinking in meter and stanza, as he wanders the ruined wasteland of Potsdamer Plaz; or Peter Falk‘s wonderfully inscrutable self-interpretation credited only as ‘Der Filmstar’, musing as he waits between his scenes on a film.

The beauty of Wings of Desire, is not simply in the starkness of the images, as the black-and-white film captures the hardness of the concrete brutalism of the Wall and the ruined buildings. Or in the fragments of colour film, both old and new, painting a vivid life that the angels cannot possess or every truly experience in their own form. Wenders’ accomplishment is not merely in creating an existentialist masterpiece, but one which captures for posterity the geography and very essence of Berlin at that precise moment. More than that, as is perhaps better seen in the original German title, Der Himmel über Berlin (The Heaven over Berlin), the film is one both aspirational and hopeful, despite refusing to shy away from dealing with aspects like poverty, loneliness, and even suicide.

Damiel’s journey of discovery is a lesson in remembering the beauty of small things, simple moments, and Wings of Desire takes its time to show the audience that at a leisurely pace. One could argue too leisurely, as the slow pace demands its audience relax into the journey, and at some moments can feel dragged out, as can at times some of the poetics, particularly in the final resolution of events. It’s this minor stumble that holds this back from perhaps being one of the greatest examples of New German Cinema, but it still stands as a giant of its era, and a beautiful work of art in its own right. Even more so in this recent painstakingly restored 4K form.